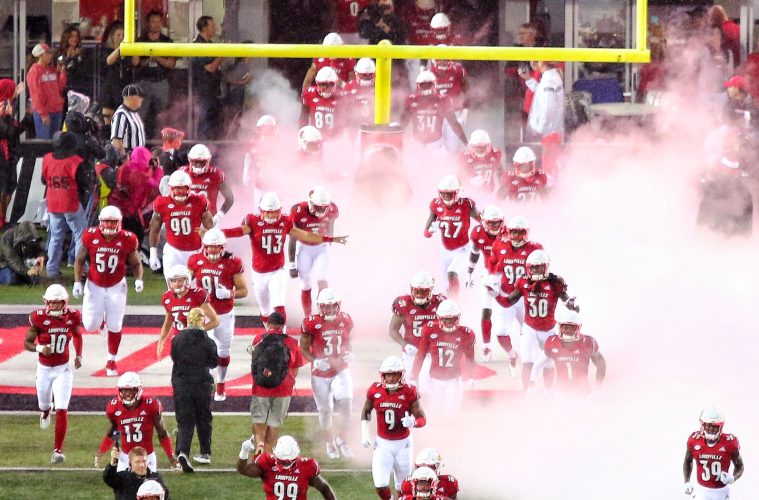 The Crunchzone’s LJ Nesbitt recently reached out to Chad Bishop, beat writer for WKU Football in Bowling Green, KY. We asked him a few questions in preparation for Saturday’s game with the Hilltoppers at Cardinal Stadium. This will be the Cards first meeting with WKU in 20 years.    See our conversation below:

TCZ: First things first, how excited is the Topper fanbase to play Louisville for the first time in 20 years?

Chad: “Well I think Western fans were probably way more excited when the series was announced than they are now. Just think how fun a 2016 Jeff Brohm WKU team vs. Lamar Jackson would have been? But now Louisville has fallen away from the top-25 rankings and Western is mired in a four-game losing streak with a struggling offense. I think those factors have helped dull the shine a bit”.

TCZ: Yeah, no doubt. Both teams are off to a sluggish start to the 2018 season It would have been fun to see a Lamar led team go up against a Brohm coached WKU team especially after Brohm took over the reins from Bobby after he left to come here.  Next question, if Drew Eckels is out, who are the best options at QB?

Chad: “If Drew Eckels can’t play at all Saturday, or if his play is limited, expect to see both Steven Duncan and Davis Shanley. Duncan is more of an up-right thrower with a very strong arm – although he can run a bit, too. Shanley is more of the dual-threat option that is lightning quick. If Louisville fans want a good luck at Shanley, he played very well at Wisconsin (save for a red zone fumble). Kevaris Thomas, a four-star true freshman from Florida, may also see the field”.

TCZ: That could be interesting. It will be the second time this season we would have had to prepare for two different QB’s with completely different styles. Who are your impact players on offense/defense?

Chad: “Offensively it starts with Eckels. If he’s able to play and play well then WKU’s offense will do the same. On the outside receiver Lucky Jackson has been the team’s most-consistent playmaker. Western has been rotating five running backs, but freshman Garland LaFrance appears to be rising to the top of the depth chart. Tight ends Kyle Fourtenbary and Mik’quan Deane have some potential, too. Defensively, safeties Drell Greene and Devon Key, cornerback DeAndre Farris, linebacker Eli Brown and defensive end DeAngelo Malone are all worth keeping an eye on”.

TCZ: How will the defense attempt to slow down Louisville?

Chad: “Western’s defense is the strength of the team and this is the matchup worth watching the most. Defensive coordinator Clayton White faced Louisville at North Carolina State so he should be well-versed in facing a Bobby Petrino attack. The Tops deploy a 4-2-5 look so watch for nickel back Ta’Corian Darden, linebacker Ben Holt and Malone to get in the backfield allowing an opportunistic secondary to make plays on Louisville’s young quarterbacks”.

TCZ: Oh no, the dreaded 4-2-5 defense.  I know you guys are strong at linebacker so this could get interesting. Final question, what are the keys to victory for WKU?

Chad: “Given Western’s struggles, not only this year but at the end of last as well, the biggest key for WKU is to try to play a near perfect game. The Hilltoppers absolutely have to figure out a way to run the ball in some capacity as well as keeping their defense out of incredibly tough situations. If WKU is able to do that, avoid turnovers and catch a few breaks than maybe – MAYBE – it has a chance to spring the upset.”

TCZ: Saturday should be a fun game. Thanks Chad, we appreciate your time.   If you guys are traveling up for the game please be safe and be sure to attend the Ultimate Tailgate across from Cardinal Hall of Fame Cafe starting at 10pm until kickoff.  Take care!