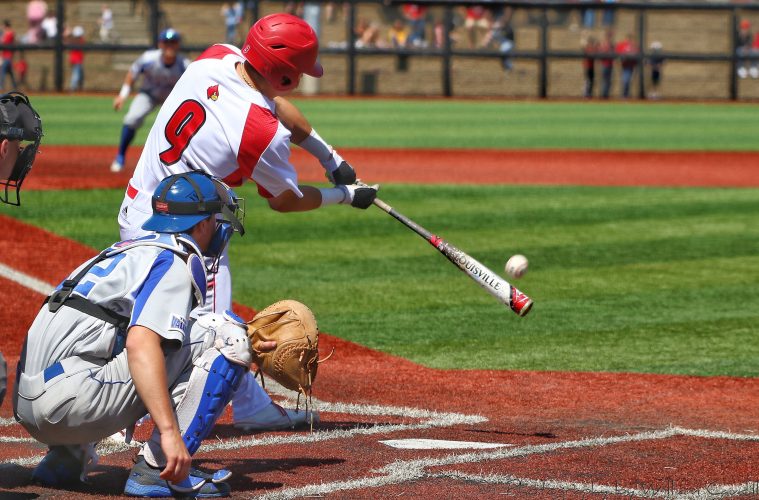 After facing a week that was entirely on the road, the #29 Louisville Cardinals (32-15, 12-12) came out almost completely unscathed. They traveled down to Nashville to face #15 Vanderbilt (25-22) where they won their 3rd straight Battle of the Barrel, then followed that road act up by heading up north to Boston and winning their weekend series against the Boston College Eagles (16-30, 7-20).

Like the week before, the Cardinal Nine’s starting pitching continued to be what shined the brightest. Freshman Reid Detmers had a very solid outing against the Commodores, going 5.1 innings deep, and all three games against Boston College had a pitcher going at least 7.0 innings. Junior Adam Wolf went 8.0 IP on Friday, sophomore Nick Bennett went 7.0 IP on Saturday and freshman Bobby Miller went 7.0 IP on Sunday. The biggest question mark on the pitching staff is the bullpen’s ability to finish games outside of Shay Smiddy and Sam Bordner. 3 of the 4 games this past week featured late runs given up on behalf of the pen once Louisville’s starter was done for the day, with 1 of those instances directly resulting in a loss.

Fortunately, Louisville’s offense has finally started clicking again. With the exception of the series finale in Boston, they plated 6 runs in all of their games this past week, including 8 in their midweek games in Nashville against Vandy. Logan Wyatt continues to be the breakout star for the Cards, leading the team in RBI while also being an on-base machine with an OBP of .484. While he has had some pick-off issues this season, junior outfielder Josh Stowers still has plenty off speed, leading the Cards in stolen bases. Errors might still be a slight issue for this team, but the defense has looked a tad better.

Coming up this week, the Cardinals face a longer week than usual. They’ll play 5 games this week instead of the usual 4, due to having to have the game against UC earlier this season get postponed due to inclement weather. A pair of home midweek game will get the week kicked off, facing the Wright State Raiders (31-14) on Tuesday then the Cincinnati Bearcats (24-21) on Wednesday. For the weekend series, Louisville will make their final road trip of the regular season and face the Pitt Panthers (26-19, 11-12) in Pittsburgh.

Louisville will start the week at home with a pair of midweek games, then hit the road for an away weekend series in Pittsburgh.

Wright State will prove to be Louisville toughest test against a non-Power 5 opponent this season. In almost all statistical categories, they rank either #1 or #2 in the Horizon League. Offensively, 5 of their starting position players post a batting average of .300 or higher, and they are led by first baseman Gabe Snyder. Snyder posts an impressive slugging percentage of .689, and also leads the Raiders in home runs (14) and RBIs (59). Coming out of the bullpen, right-hander Evan Moores poses a middle innings threat. Though he has not registered any saves and only has 14.0 IP, he was a late bloomer for the team, and has since posted an ERA of 1.29 ever since becoming a mainstay of their bullpen.

While they did have some early season struggles, ever since the Cincinnati Bearcats were originally slated to take on the Cards, they have managed a bit of a bounce back despite barely posting a season record over .500. Going 4-2 in series play since their original scheduled date, Manny Rodriguez is still leading the way for the Bearcats. Like Snyder of the Raiders, he too posts a slugging percentage over .600, and also leads his team in home runs (9) and RBIs (32). Whoever Louisville throws out in both midweek games to be their starter, they will have to be on their A game to make sure they don’t give up plenty of extra bases to these two power threats.

Facing yet another less-than-marquee opponent in Pitt, the only thing keeping Pitt’s ship relatively afloat has been their pitching. 9 of their 14 pitchers have an ERA under 4.60, with their marquee starter being right-hander Matt Pidich. In his 12 starts, he has only allowed 3 or more runs 3 times, boasting a ERA of 2.85. Expect a potential pitcher’s duel in Friday night’s game where he is expected to face Adam Wolf.

So far this season, Louisville has been undefeated against non-Power 5 opponents. While I predict this trend will ring true against the Bearcats, I am unfortunately predicting this comes to a halt against Wright State. After splitting the midweek games, I’m predicting they bounce back and win the road series against Pitt for back-to-back ACC conference series victories.