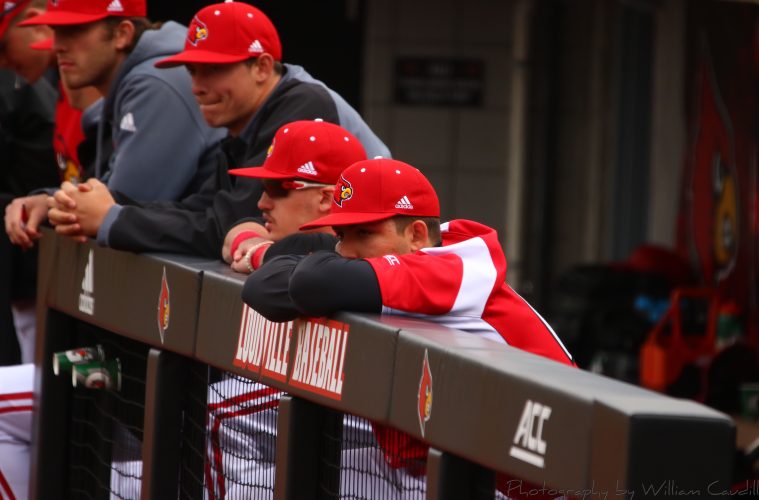 Adam Wolf Selected as ACC Pitcher of the Week

University of Louisville junior lefthander Adam Wolf was named Monday as the ACC Pitcher of the Week following his victorious start at Boston College last weekend.

Wolf registered 10 strikeouts and allowed only one run on three hits in a career-high eight innings of work in Friday’s series-opening victory at Boston College to move to 5-2 on the season. The 10 strikeouts were just one shy of his career best total of 11 achieved earlier this season at Wake Forest (March 16). Five of his eight innings against the Eagles were 1-2-3 frames and the only run he surrendered came with two outs in the eighth inning. The junior lefthander from Milan, Ohio, lowered his ERA to 2.26 and has surrendered two or fewer earned runs in nine of his 12 starts this season for the Cardinals.

Wolf became the second Louisville player to earn an ACC weekly honor this season as sophomore first baseman Logan Wyatt was chosen as the Player of the Week on March 12. Notre Dame third baseman Niko Kavadas was selected as this week’s ACC Player of the Week.

Up next, No. 29 Louisville (32-15) hosts a pair of midweek games as Wright State visits Jim Patterson Stadium on Tuesday at 6 p.m., ET, while Cincinnati challenges the Cardinals on Cancer Awareness Night at the ballpark on Wednesday at 6 p.m