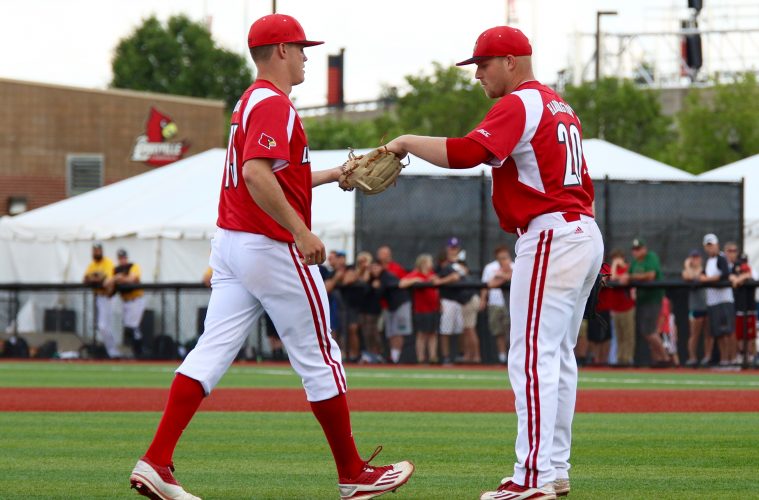 A native of Downers Grove, Illinois, Burdi had 11 saves this season with 47 strikeouts and just nine walks during his 30.0 innings pitched and 27 relief appearances this season. A two-time All-ACC honoree, the hard-throwing righthander ranks second at Louisville with 20 career saves to go along with an 8-4 record, 2.45 career ERA and 83 strikeouts in 69.2 innings of work for the Cardinals.

Chosen as the 2016 ACC Pitcher of the Year, Harrington closed the season with a 12-2 record, 1.95 ERA and 92 strikeouts in 17 starts and 110.2 innings pitched this season. A native of Elizabethtown, Kentucky, Harrington limited opponents to two or fewer earned runs in 14 of his 17 outings. In his 10 ACC starts, Harrington was 8-0 with a 1.33 ERA.

All-ACC First Team honoree for the second straight season in 2016, Ray closed the season with .310 batting average, 15 home runs, 60 RBI and 55 runs scored. Last week, Ray became the highest MLB Draft selection in school history going fifth overall to the Milwaukee Brewers. The Chicago native finished second in the nation in stolen bases with 44 and started all 64 games for Louisville. During his three seasons at Louisville, Ray had .318 batting average with 27 home runs, 133 RBI and 82 stolen bases in 172 games played, including 148 starts.

McClure turned in a dominant season and was a key component as the Cardinals went unbeaten in midweek games as the righthander finished 12-0 with a 2.45 ERA and 77 strikeouts in 78.0 innings pitched, including 13 starts. A native of Mentor, Ohio, McClure closed his second collegiate season ranked in the top 10 nationally in wins, WHIP (0.88) and hits allowed per nine innings (5.65).

A native of Darlington, Pennsylvania, McKay finished the season hitting .333 with six home runs, 41 RBI and 19 doubles at the plate, while going 12-4 with a 2.30 ERA and 128 strikeouts in 109.2 innings on the mound and was named to the NCBWA All-America First Team as a utility player. Chosen to compete for the USA Baseball Collegiate National Team for the second straight season, McKay was also selected as an All-ACC honoree or the second straight year as both a pitcher and utility player.

Solak closed the season with a .376 batting average, five home runs, 14 doubles, 29 RBI and 49 runs scored in 47 games this season. A native of Woodridge, Illinois, Solak had 28 walks and just 22 strikeouts while hitting in either the No. 3 or No. 4 position in the Cardinals lineup for each of his 45 starts this season. An All-ACC honoree in 2016, Solak accumulated a .346 career average with 10 home runs, 94 RBI and 34 doubles in 136 collegiate starts for Louisville.