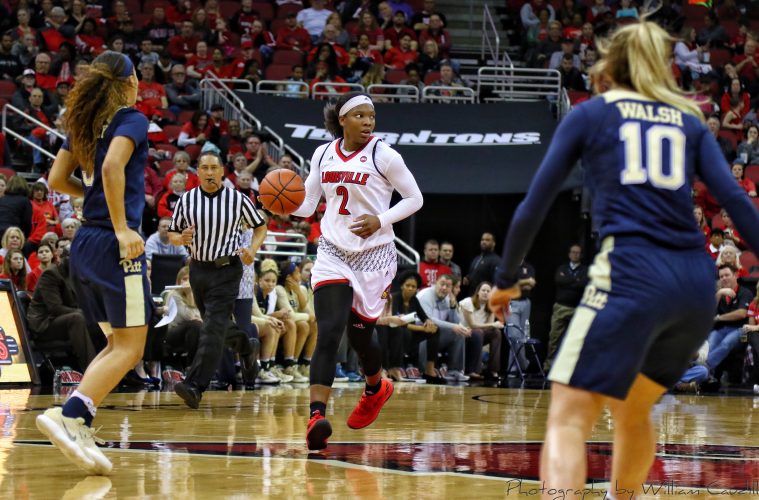 The 6-foot-2 senior scored 16 of her 21 points after halftime to go with 10 rebounds, helping the Cardinals hold off Virginia Tech 73-70 on Friday in the ACC Tournament quarterfinals.

The top-seeded Cardinals (30-2) had to overcome plenty of trouble and fight to the final minute. The ninth-seeded Hokies built early confidence and a nine-point lead. And Durr, newly crowned as the league’s top player, managed just 11 points on 3-for-19 shooting in 34 minutes.

But Hines-Allen – the ACC’s top player in 2015-16 – took over in the third quarter and added big baskets in the fourth to help the Cardinals advance.

”It was just moving the ball, finding our open shots,” Hines-Allen said. ”It wasn’t just me. A lot of people stepped up this game when Asia was struggling from the field. And that’s what makes us such a great team, because anyone can step up – it’s anyone’s game when we’re playing how we normally play.”

Hines-Allen made 6 of 9 shots after halftime to go with eight rebounds. The biggest might have been a 3-pointer with 4:22 left, while Durr came up with a key jumper with 42 seconds left and the Cardinals protecting a 67-64 lead.

”It all comes down to hard work,” Louisville coach Jeff Walz said. ”Asia’s a kid that works hard every single day. … And they’re both very humble. They credit their teammates. They know – and I say it all the time – we’re not good enough to just step on the floor and beat people. We have to play a team game.”

Taylor Emery scored 27 points to lead Virginia Tech (18-13), which shot 45 percent and made 10 of 18 3-pointers. The Hokies were trying to reach the ACC semifinals for the first time in program history.

”I thought they played hard enough and well enough to win the basketball game,” Virginia Tech coach Kenny Brooks said. ”But I guess you need a couple of breaks to go your way in situations like this and we just didn’t get them. … Disappointed, but I thought we gave them everything they could handle.”

Virginia Tech: The Hokies fell behind 29-9 in their only regular-season meeting with the Cardinals. This time Virginia Tech’s five first-quarter 3-pointers pushed it to a 26-17 lead after the first. It helped change the dynamic from the previous meeting, with the Hokies – who used a 33-5 run to rally past Syracuse in Thursday’s second round – leading 39-33 at the break and then hovering within one or two possessions down the stretch.

”The way we played tonight,” Emery said, ”I think we’re going to be very dangerous in the future.”

Louisville: The Cardinals were celebrating their first regular-season title in any league since winning the Conference USA title in 2001. This might have been a reminder that things won’t come easily in Greensboro, even with the Cardinals going 15-1 in ACC regular-season play.

Hines-Allen’s fourth-quarter 3 was only the ninth she’s attempted all season. She’s made five.

”To be honest, (the defender) was just way too off,” Hines-Allen said, adding: ”When I shoot it with confidence, most likely it’s going to go in when I don’t hesitate.”

Walz was quick with a quip.

”I don’t know if the selection committee will say we have the resume,” the second-year coach said, ”but we are a tournament team.”

The Cardinals advanced to play NC State in Saturday’s semifinals. 12PM on ESPNU