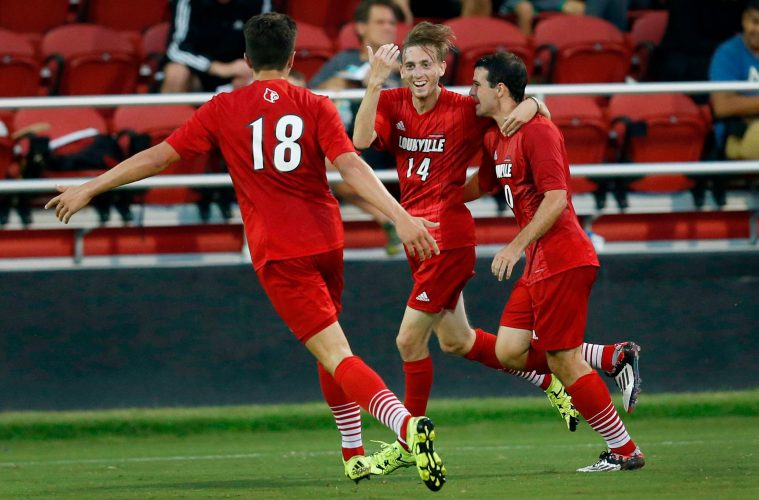 If you haven’t by now, come aboard the fanatic train. Today’s Cards, tomorrow’s Olympians. 🇺🇸⚽️ Louisville hosts a women’s and then men’s double header match Friday night at 5:30 & 7:30pm. 🔴⚪️⚫️⚽️ 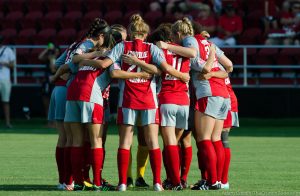 Keep an eye out for this Blazer… 👀

(From uabsports.com)
– Totaled 78 saves on the year for a .696 save percentage
– Averaged 5.57 saves per game, the third-highest mark in a single season at UAB
– Recorded career-high 10 saves in four outings (Louisville, Marshall, WKU and Rice)
–  Allowed only 34 goals against for a 2.32 goals against average

At first glance, the Cards outsize and outmatch UAB in sheer talent. The Blazers, plagued with injury last season, the Cards should be able to blaze the Blazers with ease. 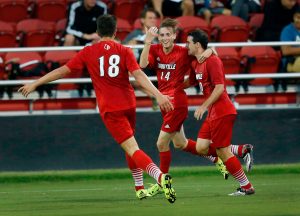 Like Louisville, the Butler Bulldogs come into the 2016 season with a bit of a chip on their shoulder after failing to qualify for the NCAA tournament a season ago. For the Cards it’s the first time since 2006. Despite the fact, Louisville finished with the 24th best RPI in the country last season and will face seven teams who finished in the top 25 this upcoming season. The Cardinals were 7-9-3 overall last season and finished tied for fifth in the ACC Atlantic.

“We’re not here to pad the record. Our goal is to prepare to win a national championship and do damage in the postseason. If we skip through it with a bunch of soft games, we’re not going to be prepared to do so,” said Lolla.

“It wasn’t a lack of talent, but a lack of commitment and leadership,” said Capt. Tim Kubler. “We’ve done a really good job this spring.”

(From butlersports.com)
The Bulldogs were picked by the men’s soccer coaches to finish fifth in the 2016 BIG EAST Preseason Coaches’ Poll. Butler finished third in the BIG EAST a season ago, posting an impressive 10-4-4 record.

Butler senior David Goldsmith was unanimously selected to the Preseason All-BIG EAST Team.Despite missing four matches due to injury last season, Goldsmith finished second on the team in scoring with 23 points. He tied for the team lead with 11 goals, including three game-winners. The forward finished third nationally in goals per game.  The Bulldogs’ leading scorer David Goldsmith (11 goals, 1 assist) returns to the roster, as does keeper Eric Dick, who started all 18 games and recorded seven shutouts.

College soccer news.com tabs the Bulldogs as 1 of ’12 teams to watch’ this upcoming season.

Butler – The Bulldogs were on the bubble for a berth in the NCAA Tournament last year.  Butler will be very solid down the spine with redshirt junior Erick Dick between the pipes, center backs Joe Mouldin and Mitch Ostrowski, center midfielders Jared Timmer, Marco Charalambous and Eric Leongar patroling the center of the park, and senior David Goldsmith adding power to the attack up-top. Butler played everyone close last year in route to a 10-4-4 overall record with a 6-3-0 mark in Big East play.  A few key goals and a few big stops last year and the Bulldogs would have had a great season. Make those plays in 2016 and this is a team that has the talent, experience, and grit to prevail in the close contests and move upward in the Big East standings and on the national scene.

In reference to last season’s result.. “It wasn’t a large group, but a large enough group to be influential with the team,” said Lolla. “If you’re not 100 percent in, you’re not in.”

The Cards need to set the tone for this season, Friday night at Lynn Stadium. A team looking to go 100% in this season needs the supporting fans to get them there. Join the official soccer fans of the Cards, the Louligans, behind the east goal at beautiful Lynn Stadium.

We hope to see you there!
As always, go Cards!