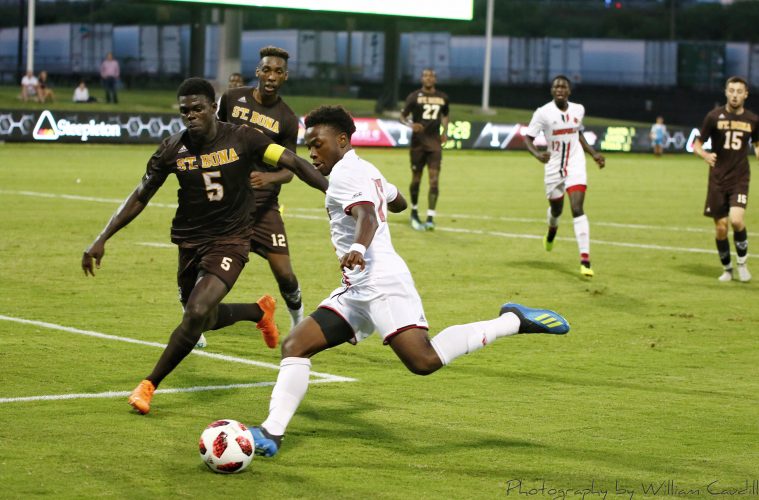 LOUISVILLE, Ky. – Cherif Dieye’s goal in the fifth minute of action proved to be enough for the No. 9 University of Louisville men’s soccer team in Tuesday night’s 1-0 win against Georgia State at Dr. Mark and Cindy Lynn Stadium.

The Cardinals improved to 2-0-0 for the second straight season and moved to 32-11-11 all-time at Lynn Stadium. Tuesday’s outing was a dominant performance for the home side as Louisville finished with a 13-2 advantage in shots against the Panthers (0-2-0).

The only goal of the night came at the 4:42 mark in the first half when Dieye received a centering pass from Kino Ryosuke and scored inside the right post from 10 yards out. Pressure from the Cardinals created the chance as Dieye controlled a loose ball and passed up the right side of the attacking third to Ryosuke, who worked past a defender and turned the corner before finding Dieye in space.

Up next, No. 9 Louisville concludes its season-opening three-match homestand at Lynn Stadium against Saint Louis on Friday night. The match will be the second in a doubleheader with the Louisville women’s soccer team, which hosts Kentucky at 5:30 p.m. The Cardinals and SLU will kick off 45 minutes following the completion of the women’s match.