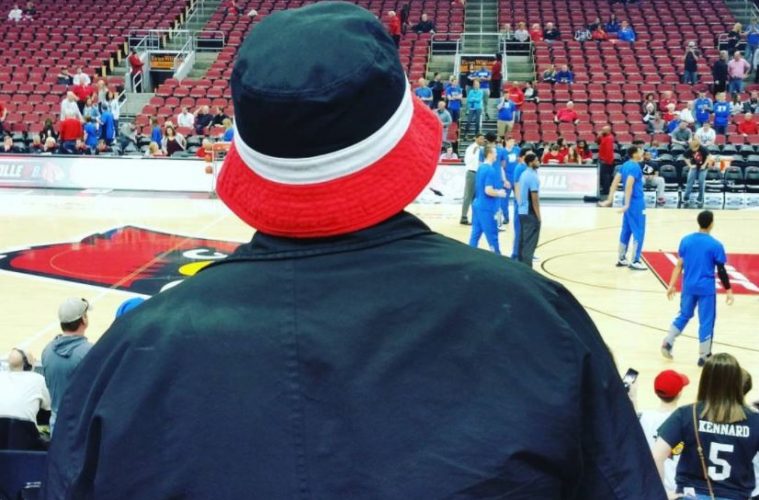 Well shoot…….sometimes you’re the bug and sometimes you’re the windshield.  The past few games the Cards have been the bug.  Losing to Virginia was expected but also encouraging.  Losing to FSU was a head scratcher. Losing to Syracuse was just downright awful.  The Cards went from 16-5 and second in the ACC to 16-8 and back on the bubble.  Normally, the Cards are already at 20 wins and just trying to jockey for position in the ACC before the big dance starts….but this is not a normal year.

The Cards have finished in the top four of the ACC in all of the past three seasons.  And had they been able to sweep the three game home stand and get a win at Pitt they would have put themselves in great position to keep that track record going. But if ifs and buts were candy and nuts we would all have a Merry Christmas.  The Cards have 7 games remaining and an uncertain future ahead.  This sucks.

The Louisville women are undoubtedly the best team in the state of Kentucky and it’s not even close. Jeff Walz and crew will take their mojo to Stoors to face UCONN on Monday.  So to the fans that are frustrated with the current three game losing streak, please don’t forget that there is a top 5 team on campus still.  Let’s also not forget that the Cardinal 9 have begun to prepare for the baseball season.  Folks, there are going to be some dark days ahead for the men’s team, but that does not mean the rest of the athletic programs on campus should be ignored. Life will go on, and one day Louisville basketball will once again be back.

Any outbursts and you will be removed from the courtroom by the bailiff People’s Champ (@Ville_Hayes).  If anyone knows about tough times it’s him.  He is a devout Colt’s fan and also watches soccer……for fun………soccer.  He is a Cards fan and his beard would make Rick Ross blush.  P-Champ remains a friend to the throne, just wish he would reconsider his NFL team.

I tried to let this go but………….really??? This guy can save Louisville basketball??? pic.twitter.com/kAWjd1jzyw

Okay kids, lets review.  Kevin Ollie won a championship with Jim Calhoun’s team.  He followed that by not making the tourney the next year.  He made the tourney the year after that  and was out in the first weekend and he has not had much success since.   My question to this tweeter is did you actually read your tweet before you sent it or are you missing the attention you once had so bad you are now relegated to sending dumb s*** like this down the timeline??  Craving attention makes people do and say dumb things.  I refuse to let a guy who was run out of the city come back and tweet garbage taeks without any consequences.   If you’re wondering if that was a shot….it was.

-Beat Georgia Tech,  you cannot lose to a bottom team in the ACC and be fine. Syracuse is a bad loss, but G-Tech would be worse.

-Beat Pitt.  You cannot lose to the worst team in the ACC.  Pitt’s team consists of 4 walk-ons and a usher. Louisville loses to them then you can stop the chatter about Padgett being coach next year and start cleaning up Freedom Hall for the NIT.

-Find a way to beat UNC.  UNC is having a terrible year by their standards. The defending champs have lost to a lot of teams including Wofford.  This game doesn’t look as juicy as it once did on paper but still, a win against them at home does wonders for the resume.  Also, you have to hope they beat Duke tonight.

-Hope that the refs are not paid at Duke.  I joke, but not really.   Seriously, I think we can compete with Duke but Marvin Bagley and Grayson Trippin’ are too much.  I think we drop this one

-V-Tech has gave us all we wanted the past few games and I think they get this one in Blacksburg.

-Normally, I would chalk this one up to a loss but the way we played them at their place I feel better. I think the defense clamps down and I also that Jerome and Guy don’t hit those playground shots.  I will say this one can go either way.

-NC State  is good, and Kevin Keatts was someone I wanted here as the head coach.  This can go either way but giving nod to NC State due to home court.

That puts Louisville at either 20-11 or 19-12 depending on how is shakes out.  That is gonna get you in, but barely. Louisville also has ACC tournament to pad the resume some.  Of course, I am hoping Louisville goes 7-0 and I eat a nice plate of crow.

Josh Pastner is the guy who still makes fart noises when people bend over.  He has a extremely punch-able face.  I find it hard to focus on anything he says because I just want to punch him in his month.  He reminds me of a public defender that loses all of his cases, the absolute last guy you would want on your side in a courtroom.  He looks like he goes to strip clubs during the day with his polo tucked into his khakis.  Pastner looks like he gives awkward high fives.  He would mess up a fist bump.  Sorry, this hate derived from his time at Memphis…..and his face.

And in closing,  we have not won in nearly two weeks.  I have forgot how to tweet my Trent Johnson pic.  We need a win, then another on Sunday, then another after that.  I am not ready to talk about the future so lets just get behind the team and hope they can get this corrected and shock the world a few more times before we put a bow on this thing.

We have 3 more home games so that gives you 3 more times to enjoy this team while you can.  Ray, Q, Anas, and most of all Padgett deserve that much.  Next year could be even worse, so if you thought losing to Syracuse was the worst thing just wait.  For now, we focus on beating Georgia Tech tonight……..please.