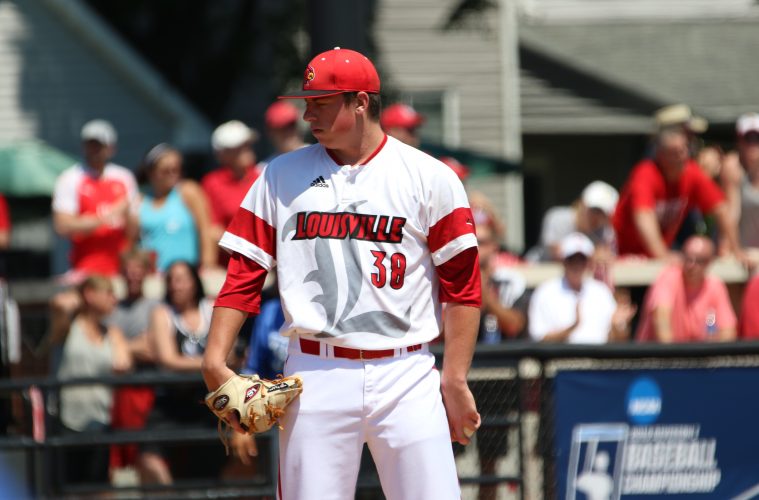 The University of Louisville baseball team will close its fall workouts with the 11th annual Pizza Bowl, which features a trio of games this week on Thursday, Friday andSunday.

This year’s series begins Thursday at 3 p.m., ET with Game 1 between Vrable’s Vikings and Strader’s Raiders. Game 2 is set for Friday at 2:30 p.m., while Game 3 is slated for a 2 p.m., starton Sunday. Batting practice will begin approximately 1 hour, 15 minutes prior to first pitch each day and admission is free for all Pizza Bowl games. If necessary, the series could continue into next week with two additional games.

ABOUT THE PIZZA BOWL

Upon his hiring as Louisville head coach in the summer of 2006, Dan McDonnell immediately created an atmosphere of competition throughout the Cardinals baseball program. Whether it’s through conditioning in the Omaha Challenge, or in preseason scrimmages, McDonnell believes in creating competitive situations to give his players numerous opportunities to prepare for what they will see during conference and postseason games.

One of the most effective ways McDonnell and his coaching staff can provide the Louisville players with those competitive, game-like situations is through the annual Pizza Bowl series. Following approximately six weeks of fall practice sessions, the Cardinals take to the field for what started as a one-game scrimmage in the fall of 2006 and has become an ultra-competitive three-game or five-game intra-squad series. The winning team is rewarded by being served as much pizza as it would like by the losing squad, which in turn shares what is left. The Pizza Bowl series has become an exciting and highly anticipated ending to the fall for Louisville coaches, players and fans.