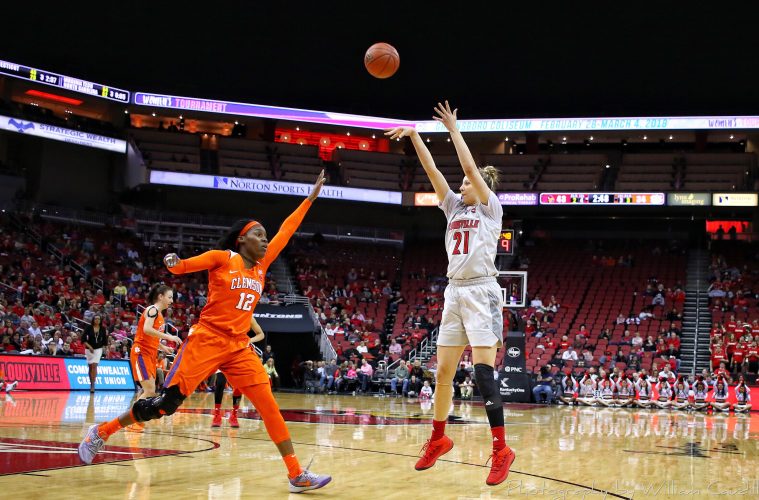 When Cardinals women’s basketball traveled to Clemson for their first meetup of last year’s season the Cards were coming off the improbably ecstatic high of a win over the Huskies of UConn. The excitement isn’t quite as palpable for this game, but Louisville’s hard fought win over Syracuse is, in Jeff Walz’s eyes, a portent of the season to come. Conversely, for this game, the momentum seems to be well in favor of the Tigers. In last year’s preview the story was easily centered on first-year Clemson head coach Amanda Butler and her quest to rescue her program from destitution. After earning a well deserved 2019 ACC Coach of the Year honor it’s safe to say Butler is well on track. And now the Tigers follow-up a dominant 71-55 victory at South Bend over the Irish by welcoming the #7 Cardinals into Littlejohn Coliseum.

To explain Amanda Butler’s 2019 ACC COY award you simply have to point out that her predecessor Audra Smith won just nine ACC games over five full seasons. Butler grabbed nine ACC wins in her first season alone and took the Tigers to the second round of the NCAA tournament in their first NCAA appearance since 2003. With a 20-13 overall and 9-7 ACC record it seemed clear that the Tigers were ready to charge into the future under Butler’s guidance.

While all the wind hasn’t gone out of those sails, the current season has been a bit more of a struggle for Clemson. A two and seven start was kicked off with an embarrassing exhibition loss to D-II Lander U. The Tigers two games against ranked opponents (South Carolina and Maryland) have both been lopsided losses. But last Sunday they pulled off the impressive feat of going into Purcell Pavilion and knocking off Notre Dame in dominant fashion. Say what you will about the Irish having a down year, but winning in South Bend is something that had not yet been accomplished by any other ACC team in conference play.

Leading that effort was redshirt junior guard Kendall Spray, a transfer from UT-Martin whose 8 for 14 three point performance tied a school record and earned her ACC player of the week honors. Her performances against both Notre Dame and Florida State have her at the top of Clemson stat sheet in conference play and seem to be a more than adequate replacement for the departed graduate Simone Westbrook.

In terms of returning talent the Tigers can still rely upon the contribution from power forward Kobi Thornton. Her 13 points and 6 rebounds per game lead the way for Clemson, but in addition to the returning Tylar Bennet she can now rely on assistance from two fresh faces in the post. Freshman swingman Amari Robinson and freshman center Hannah Hank have both made immediate contributions and greatly assist in Clemson’s ability to dominate down low. Robinson is already the second leading scorer with 11 points per game and will be a player to watch throughout the season.

With the up-tempo transition game that Amanda Butler prefers to run it will be key for the Cardinals to win the battle on the glass at all costs. If the Tigers can get their full court pressure set then it could easily be a tough night for Louisville. But while Clemson has focused on the turnover game, their assist to turnover ratio is simply atrocious. Committing 21 turnovers per game on average is one easy explanation for why the Tigers have struggled so much early this season.

For the Cardinals it’s a case of focusing on the fundamentals. Good ball handling will limit quick transition points for the Tigers, while good defense will force the Tigers to cough up the ball as seem so willing to do. Clemson has a lot of strength in the post but Bionca, Liz, and Kylee have proven that their up to the challenge. Against Syracuse it was clear that Kylee Shook is finding that aggressiveness within herself that she’ll sorely need for the ACC schedule.

Meanwhile, Jaz Jones’ stellar performance against Syracuse earned her some ACC player of the week honors of her own. While there’s still plenty of season remaining, it seems as if the Cardinals are starting to find a rhythm. And health-wise it would seem as if Seygan Robins is finally out of her boot after suffering a deep bone bruise. Both she and Molly Lockhart being available will be a great asset for the Cards off the bench.