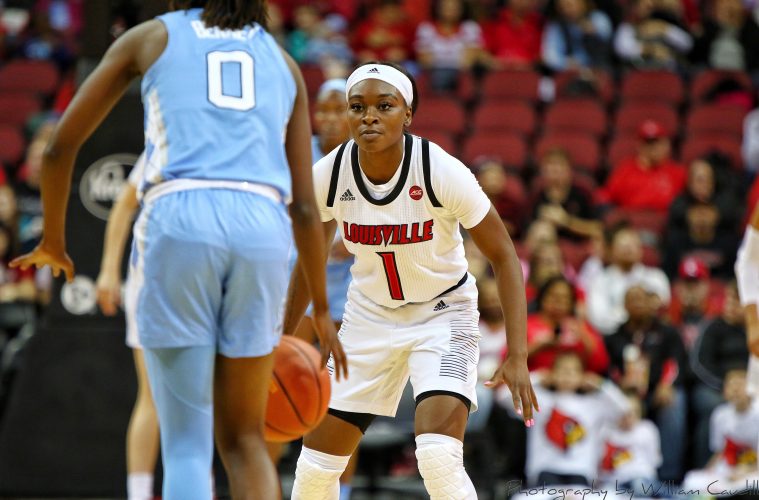 WBB moves up to #2 in the nation; faces #1 Irish on Thursday

LOUISVILLE, Ky. – It was announced Monday afternoon that University of Louisville women’s basketball (14-0) has moved up to No. 2 in the Associated Press poll following its 73-51 win at Duke on Sunday.

It equals the highest ever ranking for Louisville in the AP poll. They also moved up to No. 2 a year ago following the 100-67 win over Notre Dame at the KFC Yum! Center.

Louisville and Notre Dame are joined by three other ACC teams in the top 25 poll – North Carolina State (8), Syracuse (12) and Florida State (22).

On Thursday night at Notre Dame, it will be a battle of No. 1 vs. No. 2 as the top ranked Fighting Irish host the Cardinals. The game will tip off at 7 p.m. ET and will air on ESPN.

Last season, Louisville swept Notre Dame with the win at the KFC Yum! Center and a 74-72 victory in the ACC Tournament Championship game.