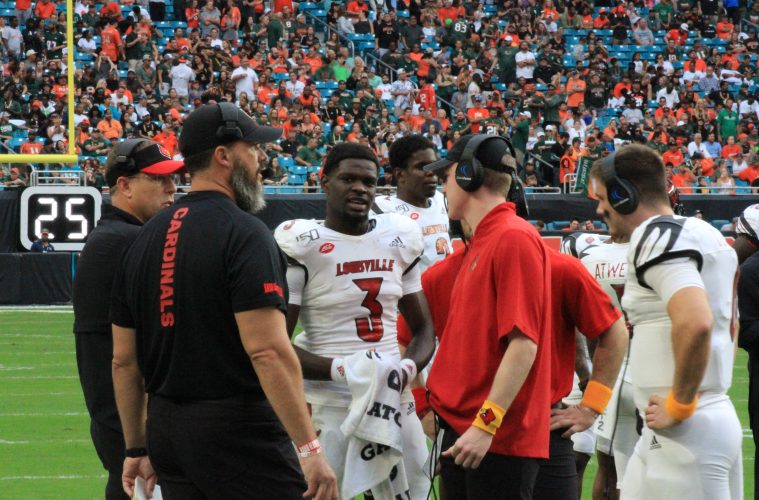 Louisville football is attempting to follow the 24-hour rule after a rough showing in Miami last Saturday. Scott Satterfield stressed the need to put the past in the past while also absorbing as many lessons as possible from the defeat. Coaches Dwayne Ledford and Bryan Brown echoed that sentiment in discussing their respective squads practices as the Cards get set for N.C. State in Raleigh on Saturday.

Dorian Etheridge was quick to point out the the team seen in Miami was not the team fans should expect to see in North Carolina. Both he and Adonis Boone agreed with the need to quickly move on and focus fixing the mental errors and physical mistakes made in the loss to the Hurricanes. As for Boone, he feels he’s ready to step in should Mekhi Becton not be available due to the injury suffered at Miami.