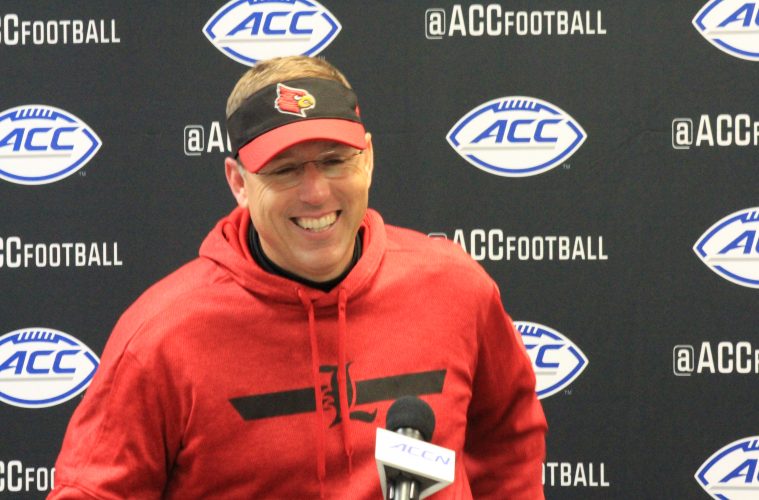 University of Louisville VP for intercollegiate athletics (aka athletic director) Vince Tyra spoke on Monday after the Cardinals earned bowl eligibility in Scott Satterfield’s first year at the helm. Expectations were low coming into the season, with most pundits predicting a three win season at best.

Scott Satterfield took a few moments to reflect on the big win in Raleigh but, as usual, was quick to pivot towards the contest with Syracuse next Saturday.