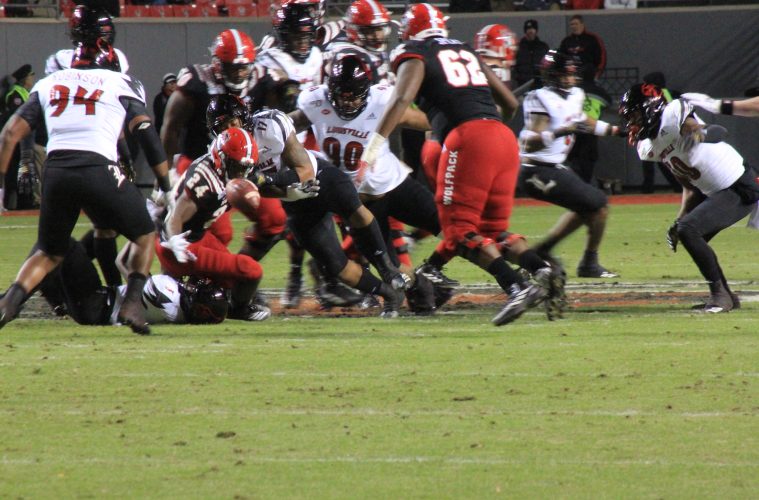 University of Louisville linebacker Dorian Etheridge was named the Atlantic Coast Conference Linebacker of the Week, the league announced Monday.

Etheridge played his best game of the season in Louisville’s 34-20 victory over NC State on Saturday to help the Cardinals reach bowl eligibility.

The native of Charleston, W. Va., recorded a season best 11 tackles and his first career interception as the Cardinals limited the Wolfpack to 377 yards of total offense. The junior is fifth on the team with 51 tackles.

The Cardinals close their home schedule on Saturday with a 4 p.m. kickoff against Syracuse.