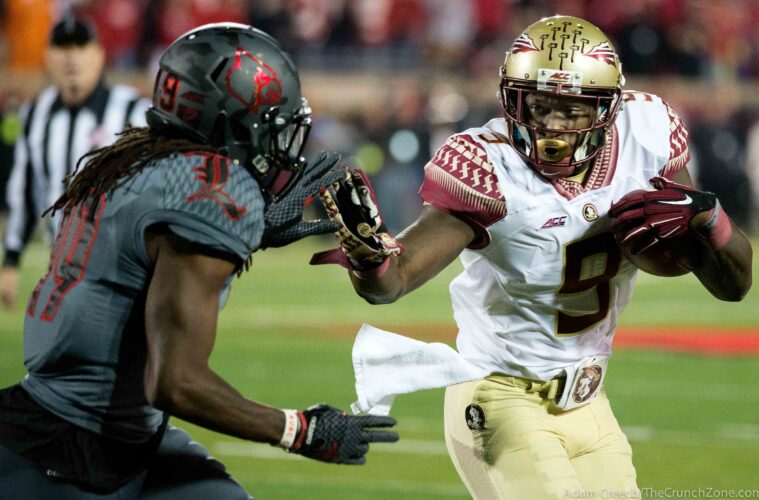 What does tonight mean for Louisville Football?

It was way past by bed time and somebody started screaming about Henry Miller.

I was nine years old, I was sitting somewhere on the floor – perhaps by my grandfather’s recliner. It’s hard to recall exactly everything. It was raining, I remember that. I had school the next day, it was a week day and I shouldn’t have been up this late. Luckily my father didn’t care, he was too busy running down the hallway; screaming.

With a clearer head and a better understanding of sports – I suppose anyway – things make more sense, 12 years later. It was Louisville’s biggest win in school history, perhaps it was a win that put Louisville on the initial Big East ‘watch list’. Florida State called Louisville’s bluff, they came to Papa John’s Cardinal stadium to play in a game they had no reason to play in and the Cardinals made them pay for it.

Now here we are.

Louisville has won a couple BCS bowls, they’ve held a couple top five rankings and done more than any could have possibly imagined on that day. With Heisman winning Quarterback Jameis Winston playing in Papa John’s Cardinal Stadium tonight, with defending Champion Florida State joining them so many things seem different, yet so many remain the same.

It has felt like Louisville fans haven’t been able to fully invest into a game for almost two seasons. Last year, Louisville was in the American Conference where every game either ended with a story of not scoring enough points or dwelling upon a heart-wrenching loss to Central Florida. Sure this year Clemson was big but it was nothing like this. This is oh so different.

Louisville is in the ACC now, they tell the Cardinals they’ve made it but, as they say “to whom much is given, much is tested.” Louisville fans felt the brunt of that early in their ACC endeavors, September 13th to be exact. It was a simple trip to Charlottesville. A game that seemed a reasonable test but one most presumed the Cardinals would pass. It didn’t go as planned. I suspected at the time it was the first official “welcome to the ACC moment”. Those suspicions were confirmed when the loss welcomed chuckling and of course the ‘told you guys you weren’t ready for this type of competition’ type of banter. It was difficult, because Louisville’s play gave little to refute that. It hurt.

For years, Louisville fans have simply wanted their football program to be respected. They scoffed at those who refused to schedule home and homes with Louisville because they were either afraid or felt they didn’t have much to gain. Both of those are probably true in some respect.

Those days are gone with Louisville in the ACC. The Cards will have plenty of big moments to come, and there will be plenty more big Saturdays and Thursday nights to be played in Louisville. Just like the one we have tonight. But that whole respect thing and Louisville getting none – it’s still a work in progress. If you don’t believe me, look how Louisville dropped in the polls like a bad habit after its loss to Virginia. That doesn’t happen to respected football schools, particularly if the conference you belong to starts with an ‘S’ and ends with a ‘C’.

That’s what tonight is about for Louisville, it’s about respect. Sure, there are other things. A primetime win over a team that hasn’t lost in two years can only help recruiting. A win would open at least a discussion of the final outcome of the ACC in 2014. And certainly a win would increase the odds of Louisville making an exciting, brand name bowl at the seasons end. But the underlying theme of Thursday night is one of respect, that’s something that can’t be measured. As cliché as it sounds it’s something that has to be earned. Louisville has done it before. Ask about the Sugar Bowl. Tonight they’ll have another chance to do that.