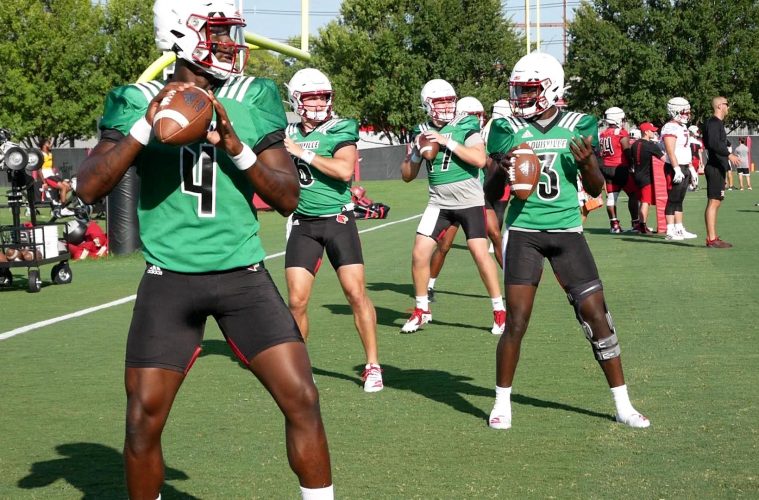 University of Louisville head football coach Scott Satterfield spoke to the press on Wednesday afternoon in the run up to the Cardinals’ contest against the Colonels of Eastern Kentucky University.

Also in the hot seat were R-Jr. DE Tabarius Peterson and Jr. OL Mekhi Becton. The Cardinals fell to the Irish of Notre Dame on Monday by a score of 35-17. While moral victories are not the stated goal of the new coaching staff, they seem to be satisfactory to Card Nation at the moment.