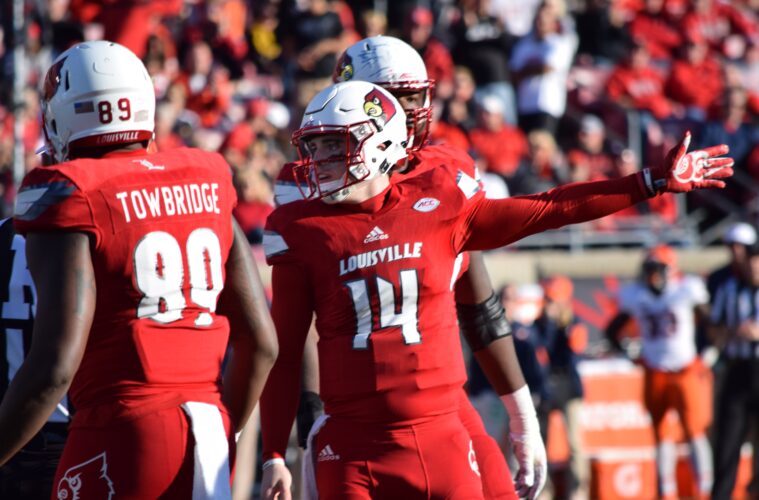 After an 0-3 start, we mapped out a “Road Map to Success” for Louisville Football and identified several key areas of why the Cards are where they were after the first 3 games of 2015. Now the Cards are bowl eligible and have a chance to really turn the season around in its final 2 games standing currently at 6-4 and actually received a few votes this week in the Coaches Poll. Lets take a look at the road map now and how UofL opponents have fared so far.

Pitt held tough with all 3 of these teams losing in Overtime in Iowa City, by 7 at home vs. North Carolina, and by 12 to Notre Dame. This week Pitt worked Duke on the road in Durham 31-13.  Duke is a good defensive football team and has put up some big numbers at times this year so the final score is a bit surprising.

The Panthers are now a longshot away from contending for the Coastal Division as a result of its loss to North Carolina, but Pittsburgh is sitting just outside the polls and is positioning themselves for bowl priority.  Pat Narduzzi has done an outstanding job in his 1st season at Pitt and against Duke snapped a 2-game losing streak.  After hosting the Cards, Narduzzi’s Panthers will host Miami a week later.

The Cards need to find a way to beat Pitt in Heinz Field to take the next step up the ladder in 2015, but this one will be REALLY tough.

Kentucky (4-6) has lost 5 in a row after a hot start.  This week UK fell to Vanderbilt on the road 21-17 after being held to just 3 points a week earlier by Georgia.  Kentucky was really playing competitive football early in the season but has lost its last 4 games by a combined score of 142-57.  The Cats are capable of playing good football but have been in a spiral lately.  This week they host Charlotte who is 2-8 on the season with wins over Presbyterian College Blue Hose (FCS) and Georgia State (Sun Belt).  So it’s a good week to re-gain some confidence for Kentucky.

The Battle for the Governor’s Cup always means a great deal to both programs and a bowl appearance will be on the line for Kentucky once again in 2015.  If the Cards can get to this game with a chance for an 8th win that would be HUGE.  To win would be even bigger and would mean that UofL won 8 of 9 to close the season after an 0-3 start. But first UofL must beat Pitt.  One step at a time folks.

We don’t know yet, who, where, and when but we do know that the Cards will go bowling in 2015!  We’ve released the most up to date Bowl Projections and our thoughts but for now we’ll allow this game to be a big mystery.  If things go well in the final two games the bowl could be for a 9th win on the season, but again there is still work to do in the regular season before we get to that.