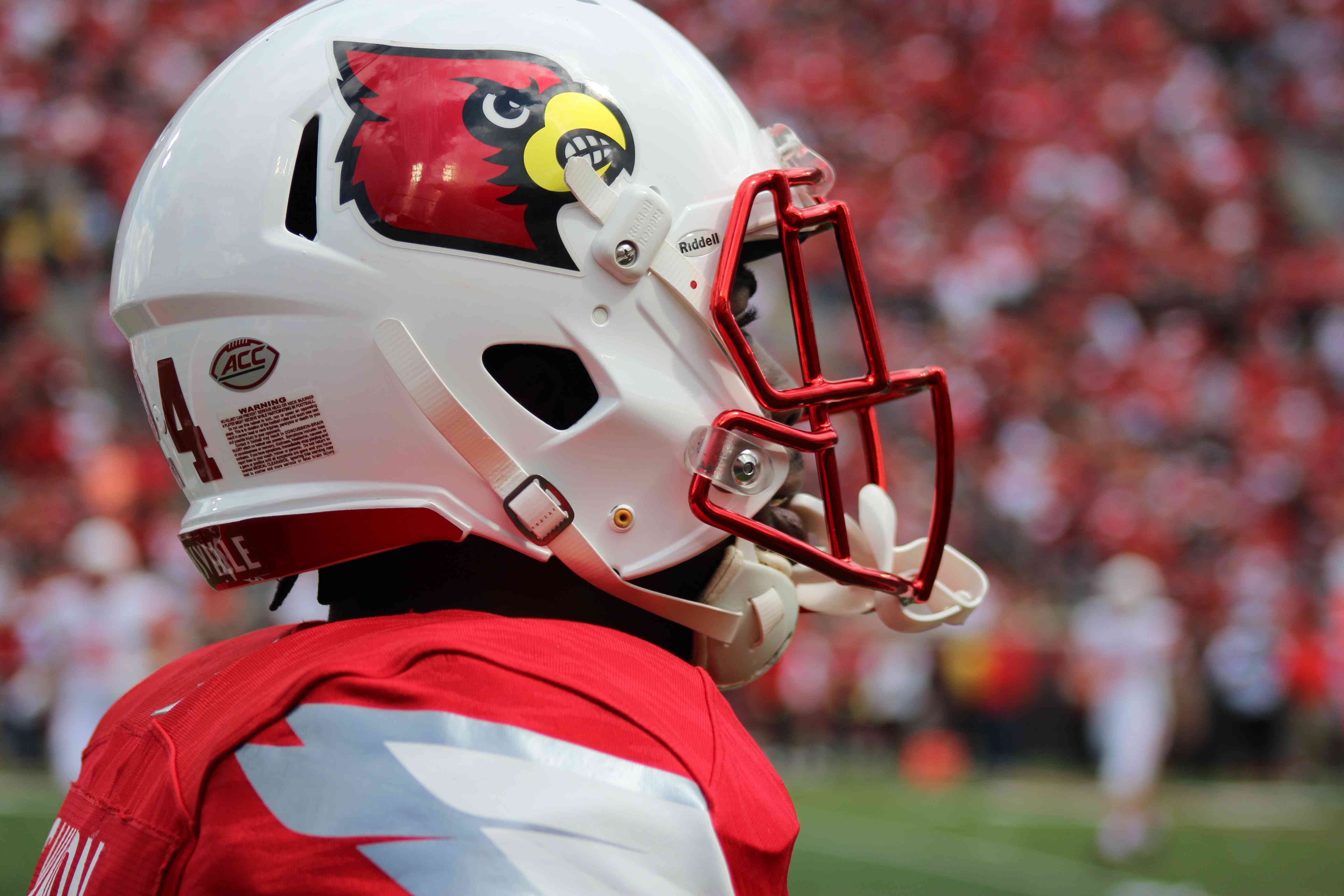 Why Are We Here & Road Map for Success

Louisville Football is 0-3 for the first time since 1984.  For a great number of fans this is uncharted territory, but it isn’t the end of the season AND thhe Cards are here for good reason.  Let’s go over the causes and how the Cards can have a successful season.

Louisville has been unable to put together schedules like it has faced the past two seasons.  When the Cards were presented with the opportunity to play Auburn to begin 2015, UofL jumped at the chance.  Would it have been nice to have that chance to begin 2013?  Absolutely.  But timing isn’t always on your side and since Louisville agreed to meet Auburn in the Chick-fil-A Kickoff in August 2013 it has lost four 1st round draft picks, 14 NFL selections overall and changed conferences and head coaches.

Additionally, this past week where the Cards lost to Clemson was originally slated to be the game this coming week vs. FCS Samford.  Louisville played a ROUGH schedule in less than two weeks.   ESPN and the ACC decided to re-arrange the schedule to produce a Thursday Night match-up for Clemson/Louisville.  For Clemson, they opened with Appalachian State and Wofford and the change was a slight adjustment.  For the Cards after opening with Auburn and Houston…the change was a much bigger deal.  But those are the breaks and despite the action-packed opening 3 weeks of the season, Louisville competed…..it just didn’t win.

Now Louisville will play Samford and if they approach the Bulldogs seriously there will be no surprises and the Cards should be able to get a win before its 1st road conference game of the season vs. NC State.

The Cardinal coaching staff recruited FOUR Juco offensive lineman.  None of those 4 are on Louisville’s starting offensive line.  Kevin Austin, Khalil Hunter, Toriano Roundtree, and Kiola Mahoni.  Even going back to the 2014 signing class when the Cards signed Kelby Johnson….none of the FIVE are starting for Louisville.

It’s hard to fault the plan, the coaching staff clearly attempted to plug holes with more physically mature players. But those players have yet to pan out and Louisville is playing two pretty young players in Skylar Lacy and Geron Christian (who I think have done an admirable job…Lacy has gotten better each game).  The good news is that Louisville only loses Aaron Epps from its starting OL next year….the bad news is that the staff will only free up Kelby Johnson’s scholarship after he exhausts his eligibility this year, although Austin & Mahoni are relatively young themselves as sophomores as well.

Louisville is at the bottom of Rushing Offense and protecting the quarterback.  If both of those things remain true Petrino’s offense can not work.

Louisville also added two transfers at Wide Receiver that it hoped would help with the turnover from losing DeVante Parker, Eli Rogers, Kai De La Cruz, and Michaelee Harris.   Alphonso Carter (formerly Paul Harris) has yet to see the field because of a hamstring issue and Jamari Staples suffered a knee injury in Fall Camp that has delayed his debut.  We’ll see if Staples will be back for NC State but the timetable for James Quick, Louisville’s most experienced returning receiver, is unknown as well.  Quick was lost during the opener to Auburn and the injury did not look good at the time but reportedly no surgery would be required.

As a result, Ja’Quay Savage is the veteran of the group with very little college football experience outside of the practice fields and a bunch of freshman. The young WRs are talented but they are inexperienced and that inexperience isn’t helping Louisville’s offense or its Quarterbacks who are also dealing with a youthful offensive line.

If the Cards could get Quick and Staples back into the line-up the overall experience factor will improve tremendously.  There is still plenty of reps and exposure for the young WRs as well and those guys have no choice but to develop as they continue to get exposed to major college football.

Louisville isn’t tackling & containing like a Louisville Defense.  It’s completely unexpected for a team with this much talent on defense and the coaching staff that is responsible for it.

Teams are attacking on the outside and Louisville has yet to show that they can contain and offense from getting the edge.  That’s affecting tackling but also when tackling ball carriers are falling forward for positive yardage.  That’s no the defense Louisville fans have come to expect.

Until the Louisville Defense shows that they can tackle effectively at every position teams will continue to avoid Josh Harvey-Clemons side of the field in order to target less effective tacklers.  Also until Pio Vatuvei and Devonte Fields decide that they want to play their position properly teams will be happy to attack their edge.

No Quarterback Won the Job in Fall Camp

Say what you want about the coaching staff and being prepared for the season, but one of the realities is that no quarterback actually stood out and took the job for himself.  There is a difference between a QB coming out and winning the job and a quarterback starting Game 1.  For Will Gardner (who is presumably still injured), Reggie Bonnafon, and Kyle Bolin they have installed this offense a great number of times since Petrino’s arrival and they just need to play better in a winning system.  If one of these 3 had won the job during the summer, Petrino would not have been so quick to put a true freshman (Lamar Jackson) in a starting and vital role vs. Houston and Auburn so early on in the season.

This is going to seem obvious, but Louisville needs to get on the board in the win column this week vs. FCS Samford.  Because Louisville has been playing with young players they need to continue to roll with those guys against the Bulldogs and probably need to keep them in the game regardless of score.  If nothing else, these young guys need reps and game experience.  In the same way though, Louisville does need to develop some depth.  If the Cards can’t take care of business here then forget the next steps.

Fans should come out and support Louisville here as they won’t see their squad at home again until Late October.

Winning on the Road sounds like a tall order at this point and after Samford Louisville has two road games in TOUGH ACC environments headed to Raleigh and Tallahassee in October.  The nice thing is that the Cards will get an OFF week between NC State and Florida State…and the good news is that Louisville competed in all 3 of its losses with an average margin of -4.3.  With further development and timing Louisville can correct some of its problems.

For NC State, Louisville will be the Wolfpack’s 1st real test.  Thus far NC State is 3-0 with wins over Troy, Eastern Kentucky, and Old Dominion.  This coming weekend the Wolfpack will face South Alabama…….so basically the opposite of Louisville’s early schedule.  NC State is expected to be a good team in 2015, but we won’t really know a lot about them (and they probably won’t know a lot about themselves) until the Cards come to town.

Florida State is always talented, that’s not changing. Winning in Tallahassee is going to be a CHORE, and that’s not changing either.  Louisville is a talented ball club and they have some time to get things together, but they don’t have too much time.  UofL may be able to catch FSU napping unlike last year as Louisville is sandwiched between Miami and Georgia Tech on the schedule.

Wake Forest just squeaked by Army and still have a limited offense with a pretty nice defense.  Things may be better than they were a year ago in Winston-Salem, but Louisville should be able to go in there on Halloween Eve (for a Blackout) and get a win.

Boston College was just blanked by FSU but did limit the Noles to just 14 points in Boston.  BC plays at Clemson the week and the trip to Louisville will be the 2nd road game in a row for the Eagles.  Also the next week, BC will be facing Virginia Tech.  If BC doesn’t fix its offense Louisville has a shot here, but it will be tough to move vs. Boston College.

For Syracuse the Louisville game is sandwiched between Florida State and Clemson and will once again be the second road game in a row for the Orange.  Syracuse is 3-0 at the moment and hosts LSU this weekend…but that’s probably where Syracuse gets their first loss as the Tigers are a bit different than Rhode Island, Wake Forest, and Central Michigan.

Lastly, the final game of Louisville’s home schedule will be a revenge match-up against the Virginia Cavaliers. By November, Louisville will no longer be a young team.  They’ll be experienced by then and they’ll need it vs the Cavs. UVA took Notre Dame down to the wire and lost to UCLA in their opener.  Virginia is surrounded by fertile recruiting ground Mike London may be fighting for his job at this point in the season.  Louisville needs to win this game.

Pitt just lost in overtime to Iowa in Iowa City and the Panthers have suffered a series of key personnel losses. This is going to be a tough one, but if Louisville wants to have a successful season they will need to find a way to steal this game….but the evaluate this one in September would be unfair.  It’s a LOOONNNGGG way from now.

Best case scenario Louisville wins every game remaining on its schedule.  That’s not likely.  Even coming into this game at 7-4 would be a TERRIFIC turnaround.  So more than likely this game could be for a great deal of relevance and perhaps even a bowl appearance.  Kentucky has beaten Lafayette and South Carolina and this past week (as you know) once again lost to Florida.  Louisville will be coming into this game off the PITT game while Kentucky will be coming off games vs. Charlotte & Vanderbilt.

Also as we saw from last year, Kentucky puts a great deal of emphasis on this game and it may mean as much to UK as it does Louisville.

The Tough Schedule isn’t changing, the losses are in the past.  The Offensive Line needs to continue to develop and it’s notable that no change has been made in 3 games from the coaches as continuity is extremely important for that position group.  The quarterback situation is unlikely to resolve itself until the OL & WRs start to fix themselves along with the running game.  The offense is a situation where small improvements in all areas lead to big gains and it will be a week to week process.

Defensively if Louisville can get back to a point where they can rely on the defense to tackle & contain then Louisville has a shot to complete the Road Map.  Can Louisville run the table the rest of the way?  Sure.  Will they?  Probably not.  It’s most likely that the Cards lose at least two more from now until the end of the regular season but the talent is there.  Hopefully the attitude and willingness to compete matches that talent and the Cards can build towards a successful year and find themselves in a decent bowl match-up that could pay dividends over the off-season.