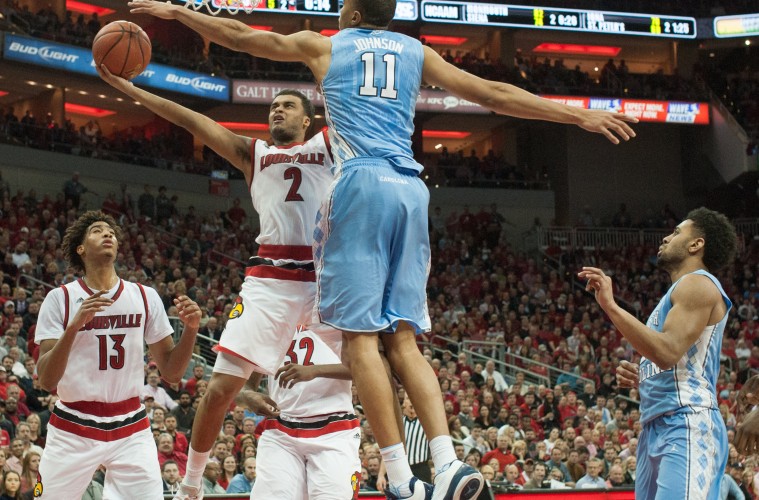 ** It doesn’t take me telling you this, but this was a huge game for UofL. A win by 6 points against the #2 team in the country and a Final 4 caliber team is a statement win that the Cards can hang their hat on. Up until this point we knew that Louisville could compete in a big time game (minus UVA) but they had trouble of getting over the hump and closing one out. Last night that changed. The win against North Carolina proved that not only could UofL compete in a top tier game but it could win them as well. The final stage in Louisville maturing as a team is to become more consistent. The 16 point losses to Virginia and 4 points losses to Clemson can’t happen if Louisville is to make an NCAA tournament run. The good news is there is plenty of time for this to happen.

** In big games, stars shine and last night Damion Lee did just that. Lee finished the game with 24 points, 5 rebounds, 1 assist, and 1 steal while playing 40 minutes. Going forward, if Louisville is to win the big games, the veterans of this team will need to take charge.

** The maturation of Anas Mahmoud and Donovan Mitchell has been an incredibly fun process to watch. Both players are playing at a much higher level now than they did at the beginning of this year. Mahmoud is developing confidence in the post while Mitchell brings a level of energy to the team that is unmatched. Mitchell finished the game with 10 points, 5 rebounds, and 1 assist in only 18 minutes of play while Mahmoud added 4 points, 4 rebounds, 3 blocks, and 1 steal in 17 minutes of play.

** Trey Lewis is going through a mini rough stretch right now scoring only 11 points combined in his last 2 games. Yes, I know, 5.5 points per game isn’t the end of the world but what concerns me even more is the 5 turnovers and 0 assists during this time. At times, Lewis seemed to hold the ball to long which is when he gets into trouble. This too shall pass, but the quicker is does, the quicker Louisville can take the next step in getting better. 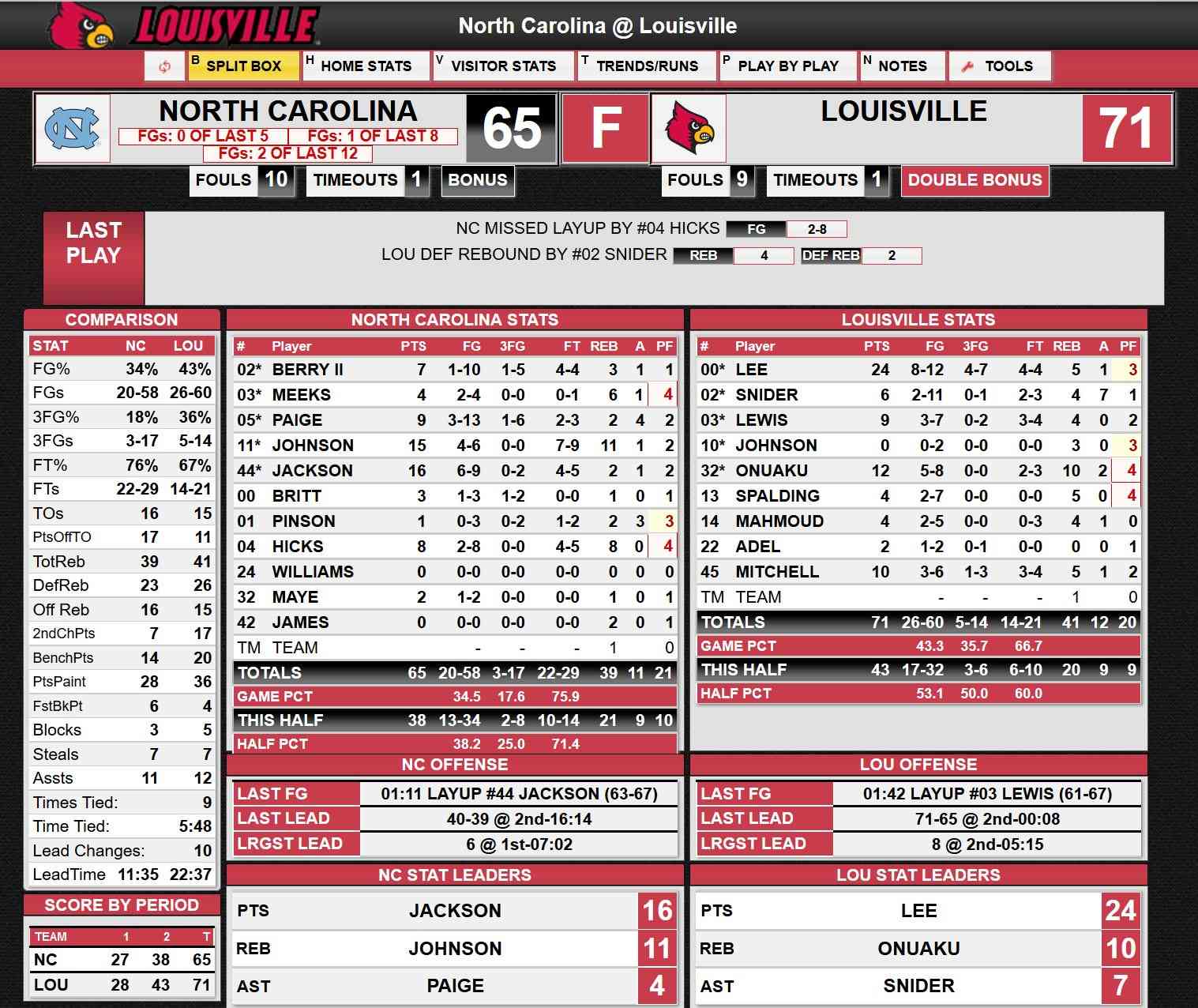