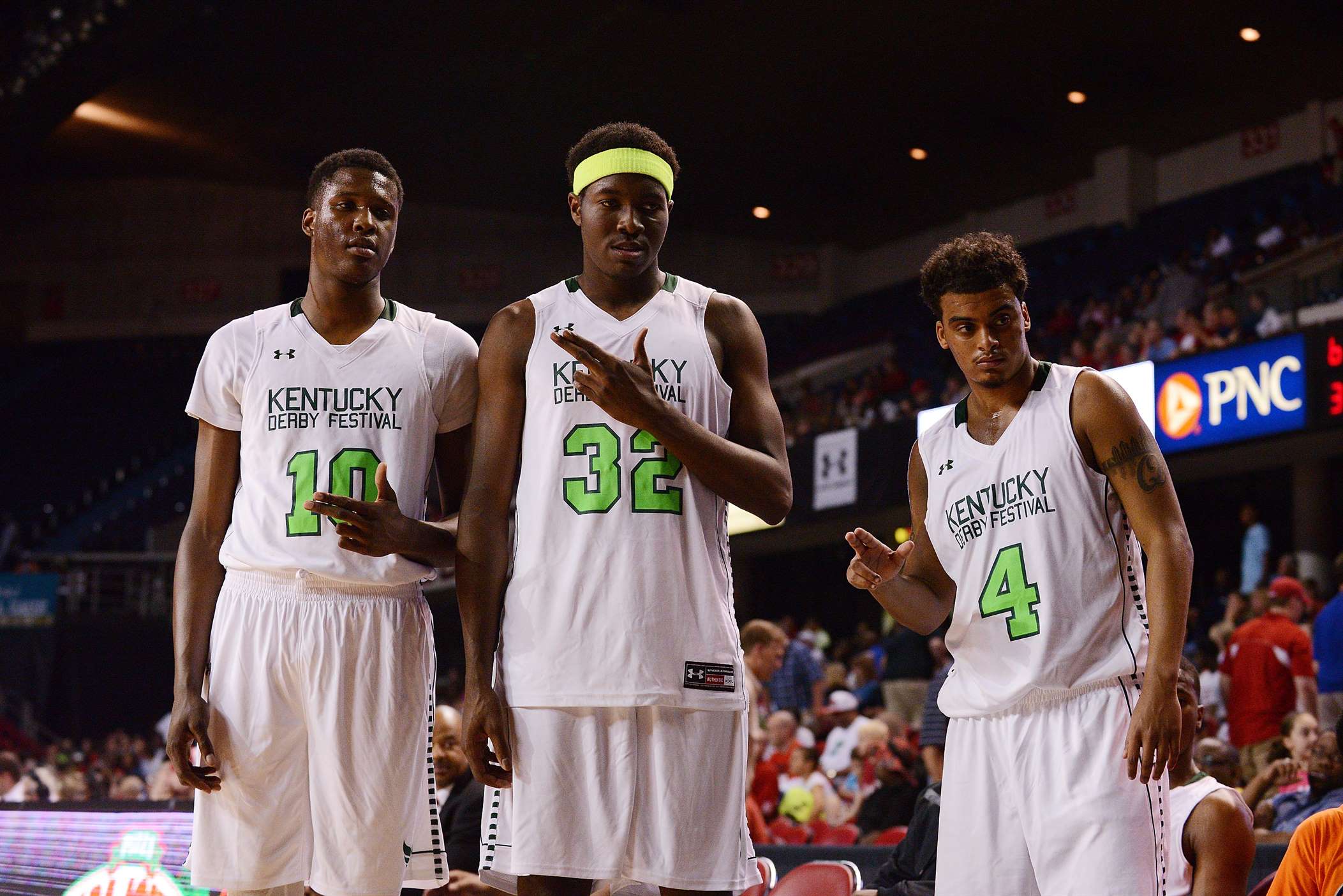 UofL RECRUITS TO BE FEATURED AT DERBY FESTIVAL BASKETBALL CLASSIC

Do you recognize these guys? Oh yeah, you do.

I know I’ve said it but I mean it now, that THIS is the most wonderful time of the year. If you’re from Louisville, that is.  Personally, basketball and Derby season are my favorite times of the year. Yes, even over football season.  Don’t get me wrong, I love football season when it gets here but I long for March Madness followed by the Derby season’s festivities. That’s how it goes when you love Louisville and basketball like I do. 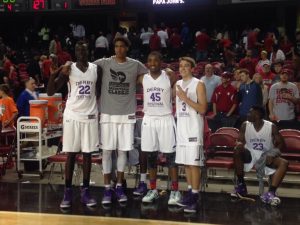 How bout these ones?

Class of 2014 & 2015 recruits and Derby Festival Classic participants. Louisville commits often participate in this event to make their debut in front of the home crowd and meet future teammates/media members so we can share them with you! One of the first views you’ll get to see of a future Louisville squad happens every year in the Ky Derby Festival Classic. And we get to see them in a Louisville Classic arena, Freedom Hall. 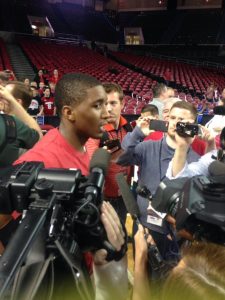 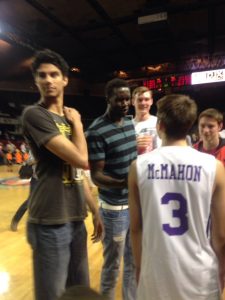 (notice, Anas’ size difference between then and now)

Yes, I’m saying it. Most of the time, the current Cards are in attendance, as well, to meet the recruiting class and show support. This is one of my favorite events of the year. I put it up there with the annual Cardinals football Spring game (these two events MIGHT be on the same day this year… Spring game TBD)!!

Fingers crossed, because that sounds like a fun Saturday going from PJCS over to Freedom Hall for both future Cards squads!

TICKETS ON SALE THIS FRIDAY

Tickets, which cost $18 in advance ($20 at the door) and $50 for VIP Courtside seating, go on sale February 17, and are available for purchase online at www.ticketmaster.com and by phone through TicketMaster at (800) 745-3000. Tickets for the game and 2017 Pegasus Pins will allow for free admission to the Horseshoe Foundation Derby Festival Night of the Future Stars, which will be held on Friday, April 14, at Indiana University Southeast.