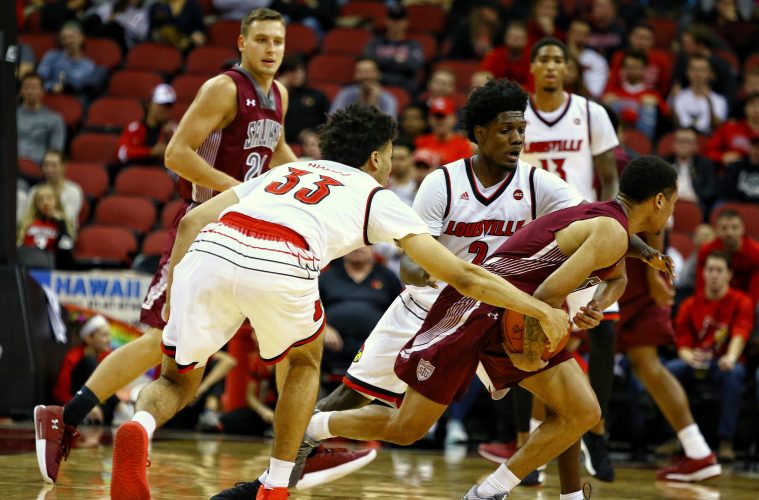 University of Louisville men’s basketball tickets for games in the KFC Yum! Center this season will be available in a special half-season ticket plan to include a flexible group of nine games beginning Oct. 24 at 10 a.m.

The nine-game plan guarantees fans the best reserved seats available for these games:

– A choice of one of the premium matchups against Duke on Feb. 12, North Carolina on Feb. 2, or the ACC/Big Ten Challenge matchup against Michigan State on Nov. 27.

– A choice of other non-conference and ACC games as specified.

The cost-saving ticket groups may be purchased through “My Cardinal Account” at this link: https://oss.ticketmaster.com/aps/uofl/EN/buy/flexplan, or by accessing the half-season ticket information page online at www.GoCards.com/mbbhalf.  Individuals will be prompted for the appropriate information through the online process.  Tickets may also be purchased in person at the UofL Ticket Office, located near Gate 2 of Cardinal Stadium at 2800 South Floyd Street. The ticket office is open weekdays from 9 a.m. until 5 p.m.

In addition to the half-season option, full season ticket packages for UofL Basketball remain available and guarantee access to all 20 home games at the KFC Yum! Center, including many highly-anticipated matchups. Visitwww.GoCards.com/mbbtickets for more information.

The Cardinals have a pair of exhibition games leading up to its season opener against Nicholls State on Nov. 8.  UofL will face a pair of teams from within the city for its two exhibitions, playing Bellarmine on Oct. 28 and Simmons on Nov. 3.

Louisville will be entering a new era this season under the direction of Coach Chris Mack, who guided Xavier to a 215-97 record and eight NCAA Tournament appearances in nine seasons with the Musketeers. Last season, the Cardinals posted a 22-14 record and reached the quarterfinals of the National Invitation Tournament.