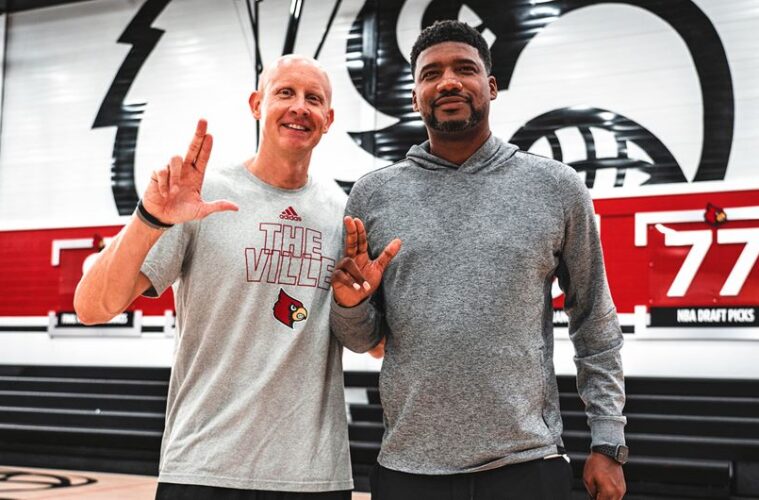 LOUISVILLE, Ky. – Reece Gaines, the University of Louisville’s No. 4 all-time men’s basketball scorer and a member of the Cardinals’ Athletic Hall of Fame whose playing career bridged two Hall of Fame coaches, has been offered a position on the UofL staff as Director of Player Development and Alumni Relations, pending completion of the approval process.

“We are excited to add Reece Gaines in a capacity that helps our student athletes“,” said UofL Head Coach Chris Mack.  “Reece’s experience as a UofL athlete, a professional athlete and a college coach will give him a terrific perspective to share with our players. His time as a former Cardinal will help us continue building a strong connection with former players who built this national program. We are thrilled to welcome back Reece.”

For the last two seasons, Gaines has served as an assistant coach with the Austin Spurs (2019-21), the G League team of the San Antonio Spurs. He was an assistant coach at Eastern Kentucky University (2015-19), including time as acting head coach.  He started in coaching as an assistant at Bellarmine (2012-15), when the Knights reached three NCAA Division II tournaments, including a Sweet 16 and Final Four appearance.

A four-year starter in the Cardinals’ backcourt (1999-2003) who ranks fourth on the UofL career scoring list with 1,945 points, Gaines earned second-team All-America honors by The Sporting News, ESPN.com, and Sports Illustrated as a senior. A finalist for national player of the year awards and one of 10 finalists for the Senior CLASS Award, Gaines was a double-figure scorer in 31 games as a senior and in 99 games for his career.  He played his first two years with the Cardinals under Denny Crum before competing in his final two seasons under coach Rick Pitino.

Gaines is third in career three-point goals at UofL with 225 and his 475 career assists rank seventh. His 673 points as a junior are tied for the fourth-most for a Louisville player in a single season and his 159 assists as a senior was among the top 15 single-season totals at Louisville. He scored a career-high 37 points against Saint Louis as a junior, which is tied for the seventh highest in UofL history.  Gaines earned his bachelor’s degree in sociology from UofL in 2003.

Gaines was the 15th selection overall by the Orlando Magic in the 2003 NBA Draft first round and played three seasons in the NBA with the Magic (2003-04), Houston Rockets (2004-05) and Milwaukee Bucks (2005-06).   He played professional basketball six more years abroad in Italy, Greece, France, Austria and Venezuela, as well as in the NBA G League with the Bakersfield Jam (2009-10) and Texas Legends (2010).

A native of Madison, Wisconsin, Gaines and his wife Delisa have three children: Cruz, Alessandra and Carlo.