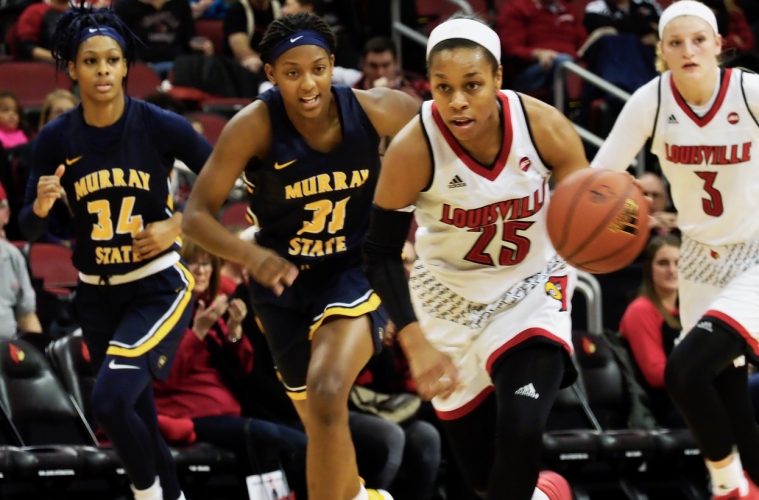 The Naismith Memorial Basketball Hall of Fame and the Women’s Basketball Coaches Association announced today that University of Louisville senior guard Asia Durr is one of five finalists for the 2019 Ann Meyers Drysdale Award. Named after the first player, male or female, named to the All-America Team in four straight college seasons, the annual award in its second year recognizes the top shooting guard in women’s NCAA Division I college basketball.

A national committee of top college basketball personnel determined the watch list of 20 student-athletes in October, which was narrowed to 10 candidates in February and now just five finalists. This month, five finalists will be presented to Ms. Meyers Drysdale and the Hall of Fame’s selection committee. The winner of the 2019 Ann Meyers Drysdale Shooting Guard of the Year Award will be determined by a combination of fan votes and input from the Basketball Hall of Fame’s selection committee.

Fans are encouraged to visit www.HoophallAwards.com to cast their votes March 15-29.

“The five finalists in contention for this year’s award have really proven themselves throughout their collegiate careers,” said Ann Meyers Drysdale, Basketball Hall of Fame Class of 1993. “Selecting a winner will be no easy task for our committee, but I look forward seeing how this season plays out and honoring the Naismith Starting 5 in Tampa.”

The winner of the 2019 Ann Meyers Drysdale Award will be revealed during the WBCA Coaches’ All-America/Naismith Starting 5 Presentation on Thursday, April 4, at the Women’s Final Four in Tampa, Florida. Additional awards being presented and recognized at the award show include the Nancy Lieberman Point Guard Award, the Cheryl Miller Small Forward Award, the Katrina McClain Power Forward Award, and the Lisa Leslie Center Award. Also being awarded is the Wade Trophy, the sport’s oldest and most prestigious national player of the year award which is presented annually by the WBCA’s community of coaches to the best player in college women’s basketball.

Last season, Victoria Vivians of Mississippi State was named the inaugural winner of the Ann Meyers Drysdale Shooting Guard of the Year Award.