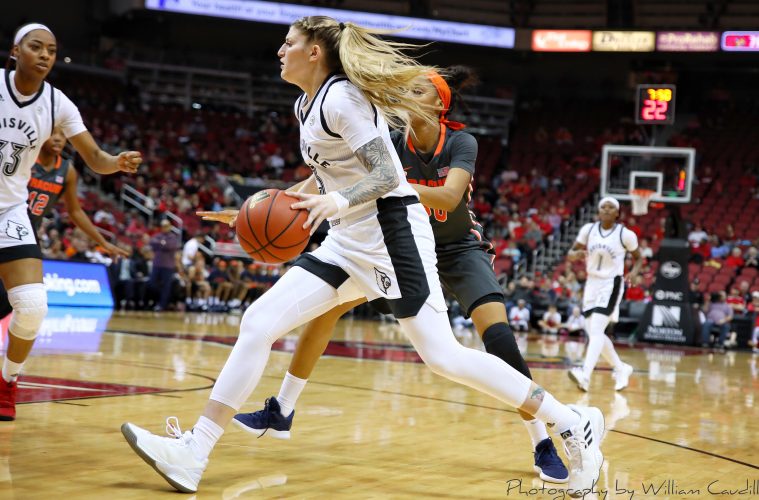 The Cards could be seen in the Greensboro Coliseum Complex scouting the #10 Hokies vs #7 Tigers matchup on Thursday night. Clemson won in overtime 80-79 over VT and has advanced to face #2 seed Louisville on Friday at 6pm.

In the first meeting between the two teams, Aliyah Collier went 1-8 from FG range for 5 points and 13 rebounds. In the second round game of the ACC tournament vs VT, Collier came off the bench to go 10-22 with 4 threes for 28 points, 10 rebounds, 3 steals, 2 blocks & 4 turnovers. The Tigers also had 4 starters score in double digits as they shot 46.2% from the field, 42.1% from 3 point land.