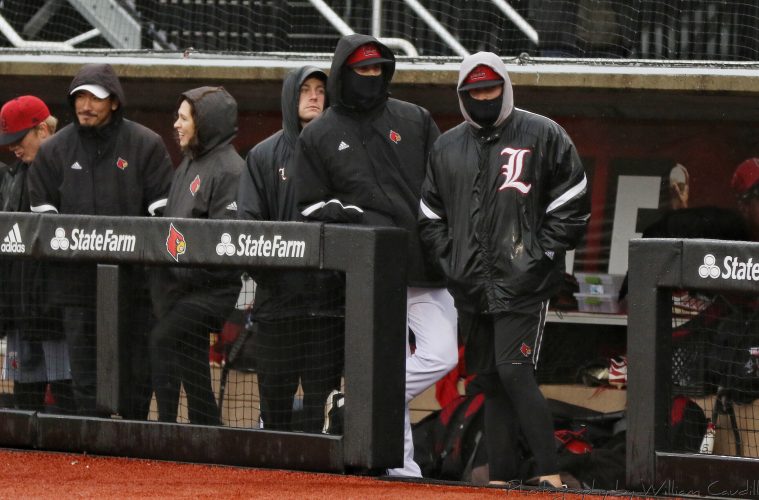 In their final road trip of the regular season, the #3 Louisville Cardinals (40-12, 19-8) were humbled at the hands of the Virginia Cavaliers (29-21, 12-15), as the Cards dropped the conference series two games to one. An otherwise almost unbeatable team on the road, the series attributed to half of all of Louisville’s road losses in 2019, as the Cards were 13-2 before the series when playing on the road. Despite plating 15 runs in game 1, Louisville was outscored 22-8 over the final two games of the series.

In their first game since seeing their nine-game win streak snapped by Vanderbilt earlier this week, the Louisville Cardinals rebounded by plating their second most runs against a Power 5 opponent in a 15-7 shellacking of the Virginia Cavaliers in game 1 of the series and the doubleheader. 9 different Cardinals drove in a run, with Tyler Fitzgerald & Justin Lavey leading the way. Fitzgerald launched a 3 run home run to extend his team best 59 RBI, while Justin Lavey drove in Louisville’s first grand slam of 2019.

Louisville was not the first team to score in the series opener, as UVA plated a pair of runs in the opening frame, but they certainly made the biggest early game splash. In just their second time at bat, the Cardinal Nine sent 11 men to the plate, going completely through the order while sending junior first baseman Logan Wyatt and freshman third baseman Alex Binelas up to bat twice. The pair got the ball rolling with an RBI double from Binelas following the leadoff walk from Wyatt, but it was Justin Lavey who blew the inning open. The junior second baseman smashed his first collegiate career grand slam one to give Louisville 5 runs in just two innings of play.

The Cardinal Nine came one batter short of going through the lineup card yet again in just the very next inning. Towards the bottom of the order, freshman catcher Henry Davis continued where the second inning left off by driving in his first RBI against a Power 5 school since doing so at NC State. The two leadoff men in outfielders Lucas Dunn & Jake Snider continued the early onslaught of runs against the Cavaliers, with Dunn grounding out a run and Snider driving one in.

In a season where Reid Detmers is on pace to break Brendan McKay’s single-season strikeout record of 146, he is by no means perfect and has struggled at times in giving up home runs in bunches. While he did toss 7 strikeouts in his starting outing, the sophomore southpaw struggled once Henry Davis was forced to exit the game due to injury. Not having his normal backstop compounded with dealing with an inconsistent strike zone, he surrendered a three run blast in the third as well as a solo shot in the fourth.

UVA chipped and clawed their way back into it, but Louisville distanced themselves between them and their hosts in the back half of the game. Outfielder Danny Oriente began the process with his team-leading 14th double to bring home a run in the sixth, followed up immediately by a sacrifice fly from designated hitter Zach Britton to make it double digit runs for the Cards.

Logan Wyatt adding a sacrifice fly in the seventh inning made relief pitcher Bryan Hoeing’s job that much easier once he came in to relive Detmers. Surrendering just a single run in the bottom of the seventh to break his scoreless inning streak, he made up for it by striking out 4 UVA batters in his 3.2 innings of relief on the mound. He was able to pitch until the final out, earning his first save of the season and allowing Coach Mac to conserve the bullpen for the remainder of the series.

Louisville really broke open the game as they approached the halfway point of the doubleheader to leave no doubt who won game 1. Jake Snider would add his second RBI of the game courtesy of the groundout in the eighth, while shortstop Tyler Fitzgerald would follow him up in a much more spectacular manner. The junior would crush his 7th home run of the season to tie him for second most on the team with Logan Wyatt, plating 3 runs in the process to give the Cards a whopping 15 runs.

Flipping the script for the second half of the Friday doubleheader, the Louisville Cardinals saw themselves behind early and could never recover, as the Virginia Cavaliers evened the series at a game a piece thanks to their 10-2 victory. It is their first time surrendering double digit runs in a loss since game 2 of the Miami series, and only their third time all season surrendering double digit runs.

Sophomore right-hander Bobby Miller, who has otherwise been solid for the majority of the season, was rocked by the Hoos to give him his first loss of the season. In just 2.1 innings on the mound at Disharoon Park, he surrendered 8 runs (7 earned) while only striking out a single batter. His 7 earned runs set a new career high, and also matched his game ERA career high of 27.00.

Relieving Miller was fellow right-hander Luke Smith, and he performed marginally better. While he only struck out a pair of batters in his time on the mound, he didn’t allow any walks and only surrendered a pair of runs in his 5.2 inning outing.

Louisville’s scoring efforts weren’t often despite the fact that they were the first to crack to scoreboard. Logan Wyatt gave the Cardinal Nine their first run of the game courtesy of an RBI single in the first inning, with Jake Snider also doing so in the fifth inning. This marked the third time in just six games that Louisville had been held to just 2 runs, doing so against Notre Dame and Vanderbilt.

Playing in only their third rubber match of the season, the Cards did not play a very clean game of baseball, resulting in a 12-6 loss at the hands of the Hoos. It also moves Louisville to 1-2 in rubber matches in 2019, and an even 1-1 in conference play. The Cards committed 4 errors in just the first inning alone, more errors than they have committed in any game all season.

The rubber match did not exactly start on a good note for the Cards. While Louisville did score in the first inning yet again thanks to an RBI single from Danny Oriente, UVA laid the wood to the Cards in the bottom of the inning, mostly thanks to the Cards themselves. Because of the 4 errors committed by Cards in the opening frame, UVA was able to plate an astounding 7 runs. This chased starting pitcher Glenn Albanese out of the game after just 0.2 innings, with normal starting pitcher Nick Bennett presumably still missing time due to arm soreness.

Answering the early bullpen call was junior lefty Adam Elliott, but he didn’t have much early success against the Cavaliers either. UVA continued the avalanche of runs into the second inning, plating an additional 4 runs to give them 11 in just the first two innings. By the time Louisville recorded the final out of the second, the Cavs had already recorded 21 plate appearances.

Already facing a monumental deficit, the Cardinal Nine tried chipping into that lead any way they could. Junior shortstop Tyler Fitzgerald would notch his 60th RBI of the season in the second inning with freshman third baseman Alex Binelas driving his 10th home run of the season in the third.

After Elliott made his departure from the series with the end of the second inning, the quality of the pitching improved despite the rain beginning to start. Setting a season high in innings pitched, right-hander Shay Smiddy gave Louisville the quality outing they needed, tossing 4.0 innings while only surrendering 1 run off 3 hits.

Freshman Garrett Schmeltz and junior Michael McAvene kept the Cavaliers off the board in their time on the mound, so it came down to the offense to get the job done. Logan Wyatt was able to smack a 3 run homer in the seventh to cut the deficit to 6 runs, but that’s all Louisville would get for the remainder of the game. In the eighth and ninth innings combined Louisville would only be able to muster 1 baserunner, clinching the series loss.