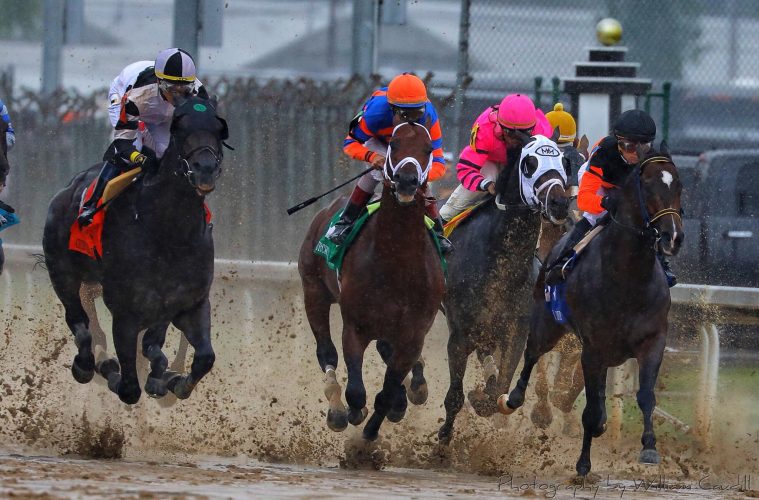 Plus Que Parfait is a Kentucky-bred colt out of Point of Entry trained by Brendan Walsh, will be ridden by Ricardo Santana and is owned by Imperial Racing.

Walsh formerly was assistant to Eddie Kenneally and has been out on his own since 2012 with some solid success. Brendan was able to win the Illinois Derby in 2017 with Multiplier who would go on to finish 6th in the Preakness & 10th in the Belmont. Walsh has multiple Graded Stakes wins, but has yet to win a Grade I.

Ricardo Santana is one of the top jockeys at Churchill Downs & Oaklawn Park. He won the 2016 Arkansas Derby aboard Creator and won the 2018 Breeders’ Cup Sprint on Whitmore. Last year, Ricardo was on Tenfold finishing 3rd in the Preakness. I like a jockey who knows his way around Churchill Downs. Imperial Racing is a small Russian group of owners who seem to just be getting started.

Plus Que Parfait was able to win the UAE Derby at the end of March and as a result is 4th in the Kentucky Derby point standings. PQP beat Gray Magician in Dubai by 3/4 lengths.

It’s been the popular trend to fade the Dubai winner of late for the Kentucky Derby. Mendelssohn did not have a good showing last year, Thunder Snow bucked like a donkey up the track in 2017 and we haven’t yet seen a serious contender come from this path. That being said, Thunder Snow is a two-time winner of the Dubai World Cup and has won $16M during his career.

PQP was extremely strong in Dubai, but what does that mean? It took 3 tries to break the maiden, 3rd at Ellis Park, 3rd at Churchill Downs before finally beating Harvey Wallbanger and Cutting Humor at Keeneland. PQP was then 2nd by a neck to Signalman in the Kentucky Jockey Club Stakes at Churchill Downs to round out his 2-year old season.

As a 3-year old PQP was not great at Fair Grounds finishing 5th and 13th in the LeComte & Risen Star prior to shipping to Dubai. Losing to War of Will by large margins in both of those races.

I do like Plus Que Parfait’s determination to keep trying and searching for the right spot for this horse. Perhaps PQP took some time to develop into a true 3-year old form or he found a soft landing spot for him to excel in Dubai? It’s a tough one to read.

My Final Take on

This isn’t an international horse. This is a Kentucky-bred trained by Walsh who is routinely active in this circuit in Kentucky. Many will see him as another UAE winner who can’t cut it……and I tend to agree with them in this season. Eventaully a winner of the UAE Derby will crack through and win a Kentucky Derby, but I doubt it will be in 2019 with Plus Que Parfait.


Enjoy $10 FREE after your first bet when you join Twinspires. Use this link and sign-up here.  https://www.twinspires.com/account-create-get-free-bets?referrer=getfreebets&promo_code=2080