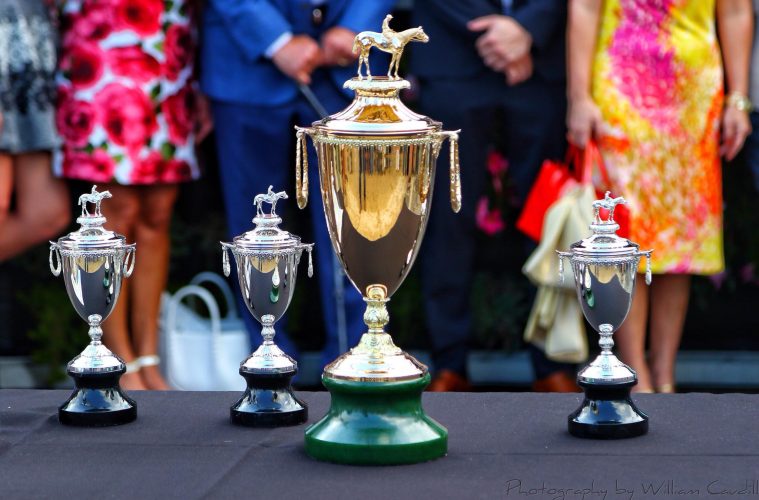 Code of Honor is a Noble Mission colt trained by Shug McGaughey will be ridden by John Velazquez and is owned by William Stamps Farish of Lane’s End Farm.

Shug McGaughey is a Hall of Fame trainer that has won a huge amount of Graded Stakes and has struck twice on the Triple Crown trail when he won the 2013 Kentucky Derby with Orb and won the 1989 Belmont Stakes with Easy Goer. He also owns 9 Breeders’ Cup win and an Eclipse Award from 1988. Shug has been around the block and the Lexington native has a serious shot with Code of Honor in Derby 145.

John Velazquez is a two-time Kentucky Derby winner (Animal Kingdom, Always Dreaming) and has also won the Belmont twice (Rags to Riches, Union Rags). He’s a two-time Eclipse Award winner and a Hall of Famer that also owns SIXTEEN Breeders’ Cup wins and has won over 6000 races. Velazquez is one of the great riders in the world and has been for quite a long time.

William Stamps Farish of Lane’s End Farm lives in Lexington and is formerly a stock broker from Houston, TX. Farish was the United States Ambassador to the United Kingdom during 2001-2004 after running George W. Bush’s political campaign. He founded Lane’s End Farm in 1979 in Versailles and can lay claim to over 300 stakes winners. Farish bred Code of Honor himself.

As connections go, Code of Honor has hit the trifecta of experience and resources between his owner, trainer and rider.

I love the connections. There will be no excuse for Code of Honor as a first time rider, trainer, owner in the Derby. Everyone involved has been there before. Code of Honor shocked some folks when he won the Fountain of Youth at the beginning of March at 9-1 over Bourbon War, Vekoma, Hidden Scroll, Global Campaign, and Signalman. That was a talented field and Code of Honor prevailed. But prior to the Fountain of Youth, CofH failed and finished a well-beaten 4th in the Mucho Macho Man and was routed by Maximum Security in the Florida Derby.

I do like Code of Honor’s high end speed figures (92, 102, 92, 111!, 92) but he has really just showed us what he is capable of and hasn’t shown the ability to do that consistently. Also as a result of running in Florida Code of Honor has run against some really deep and crowded fields.

My Final Take on Code of Honor

It says a lot that Velazquez decided to stick with the mount on Code of Honor. Relationships in horse racing are paramount, but in the Kentucky Derby all bets are off and Johnny V is sticking with CofH. Code of Honor is a capable runner and I think he has a shot to hit the board but I can’t pick him to win the race. I do love the experience of Velazquez to navigate the Derby field and put Code of Honor in a good position. The horse does have pop too so this is a difficult exclusion. I won’t put this horse on top of any of my plays, but I will use on the bottom half of my exotics.