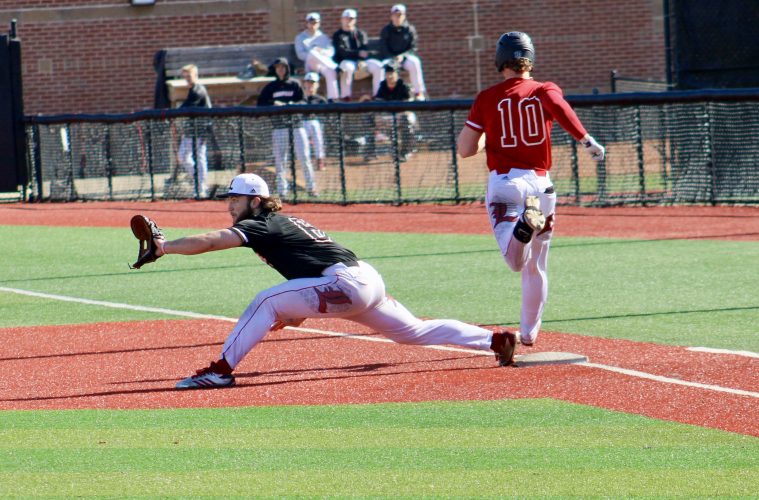 On Deck: Wright State and Valparaiso

Picture it, Jim Patterson Stadium 2020.. the air is brisk, the sun is out, you can smell the popcorn throughout the stadium and hear the sound of balls hitting bats and dugouts yelling out to their teammates on the field. This is exactly what I expect Wednesday to feel like as the Cardinal Nine return home for their first home game of the season. Coming off of a series loss in Oxford and falling a couple of spots in the rankings to #3, (which is really no big deal) the Cardinals will face a Wright State team that spent the weekend getting swept by Mississippi State.

Ideally, this will be an easy win for Louisville. Wright State had less than impressive numbers over the weekend. Through 24 innings pitched this team gave up 20 runs with 16 errors and on the flip side they were only batting .172. Needless to say, with Louisville’s pitching staff and heavy hitters this one should be easy work.

Moving into the weekend, Louisville will host Valparaiso for a three game series. This Valparaiso team is holding the same record as the Cardinals after getting their first win against Western Kentucky in extra innings. With a team ERA of 4.85 and a team BA of .191, the Crusaders are looking for a big time win against a team like Louisville. In order to get there, they’ll have to fight their way through Reid Detmers, Bobby Miller, and Luke Smith. After giving up 17 runs to Ole miss last weekend, I don’t see the Cardinal Nine letting a team like Valparaiso walk into their house and plate close to that many.

Here are a few things to keep in mind heading into the week
o Louisville is down two big players. Lucas Dunn and Alex Binelas are both recovering from early injuries. Don’t panic, they’re both going to be fine and back before we know it. Are they important keys to victory for the Cardinal Nine? Yes. Do we have enough depth to fill their void during their absence? Also yes.
o We saw a Dan McDonnell through some opportunities to our freshman last weekend. Expect that to continue and keep in mind, this is how they gain the needed experience.
o Damon Dues, Wright State. He’s the one that might give Louisville some trouble on Wednesday. Over the weekend he was batting .375 and had 4 of the 9 runs Wright State racked up through all three games.
o Riley Dent, Valparaiso. He seems to be the heavy hitter on this years team. The senior was batting .333 for 3 of the 10 runs scored against WKU in their series.

Game Information:
Louisville vs. Wright State
Wednesday, February 19th
First pitch is scheduled for 3pm
Game will be shown on the ACCN and you can also listen to the game on 1450WXVW

o The home opener and weekend series will be free to attend.
o This will be the first of many promotional days! Arrive early and pick up your 2020 poster schedule.
o Friday is two buck Budweiser night. Please drink responsibly. Call an Uber, Lyft, your mom.. someone. Just don’t drink and drive.
o Arrive early Saturday for your commemorative CWS mini bat.
o Sunday, as always, is family fun day.
o As of right now the weekend forecast looks good for February. I’m sure that will change by the time I get around to posting this. You know, Kentucky.