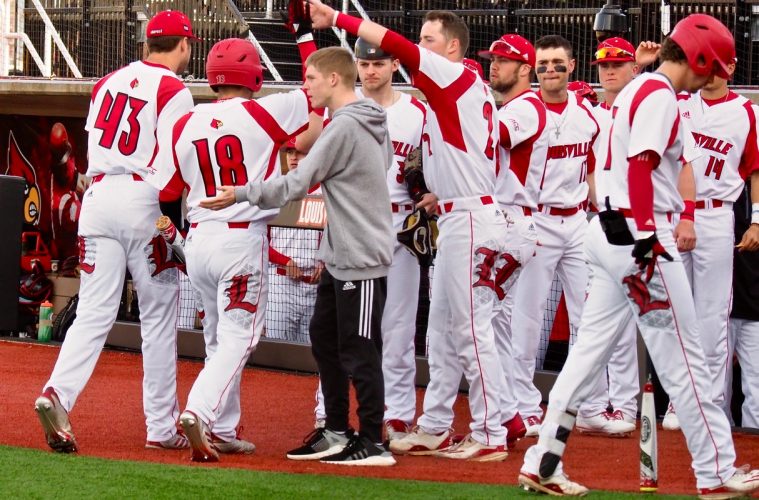 The Louisville Baseball program announced this afternoon that today’s home matchup between the Cincinnati Bearcats and the #10 Louisville Cardinals has been postponed. Originally scheduled for 6pm, the Cancer Awareness Night game against the Bearcats was then moved to 4pm due to the threat of inclement weather before ultimately deciding that that threat was too great and should be postponed. The makeup date for today’s contest has been set for Wednesday, May 9th at 6pm, and will still serve as the Cancer Awareness Night game.

Next up on the ledger, the Cardinal Nine take a road trip to Tallahassee, FL where they will take on the #5 Florida State Seminoles in a three game weekend series. Game 1 is set for Thursday at 6pm, Game 2 is set for Friday at 6pm, and Game 3 is set for Saturday at 1pm. All three games can be heard on Louisville Baseball’s flagship station 93.9 The Ville, and can be viewed on ACC Network Extra.