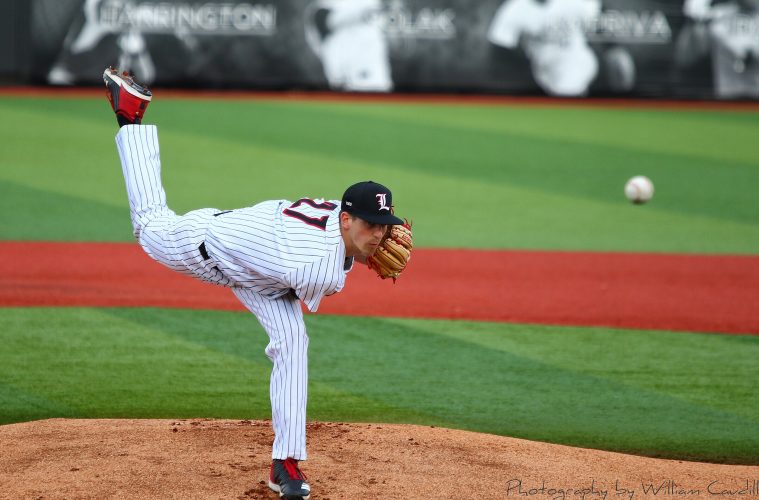 The Louisville Baseball program continued their great start to the season this past week, going 4-0 with wins against the Eastern Kentucky Colonels (1-6) and a 3 game series sweep against the Youngstown State Penguins (1-5). The unbeaten week preserved their unbeaten season, with the #13 Cardinals moving to 7-0. All their contests have been mostly confidence builders up to this point, including their upcoming three game home series this week against the Western Carolina Catamounts (1-6). But this week they also get their first taste into some real competition with a midweek game against the Xavier Musketeers (3-4).

Looking at the stats, it’s hard to tell if it paints the whole picture for the Xavier Musketeers. None of them really jump out, especially on the pitching side of things. However this could possibly be attributed to the fact that their first three games of the season were (mostly blowout) losses to #5 Florida State, which Louisville knows first-hand how difficult they are to deal with. Their resume doesn’t really make it any clearer either. Aside from going 0-3 against FSU, they also have a 16-2 loss by the hands of Wofford College, yet have a 3-2, 10 inning victory over Kentucky in Lexington. Their main threat comes in the form of outfielder Joe Gellenbeck, who ranks in the top 50 nationally in hits (13) and batting average (.481). Also a power hitter, he ranks in the top 150 in OBP (.533), slugging percentage (.741), doubles (3) and triples (2). If our young pitching staff can limit the damage he can do, the Cards should be able to come out on top.

It’s a little easier to tell who the Cards are coming up against when looking at the stats for the Western Carolina Catamounts. Most of their stats are extremely subpar, especially when it comes to pitching. Home runs are the main stat that jumps out, and this can be attributing mostly to infielder Andrew Bullock and outfielder Matthew Koehler having 2 homers a piece early in the season. As long as these two don’t turn the series into a home run derby, I fully expect the Cards to come out with their second sweep of the season.

As stated earlier, Louisville has their first real chance of the season to snap their unbeaten streak when they face Xavier on Tuesday. The key will be to limit Joe Gellenbeck’s productivity, and to get our young bullpen in a groove. If Gellenbeck has a quiet day at the plate, I think the Cards will come out with a solid victory. If he makes some noise, look for possibly a narrower win or maybe even our first loss of the season. However, I predict that Louisville comes out on top against the Musketeers. and follows that up with a sweep of the Catamounts to move to 11-0 in 2018.