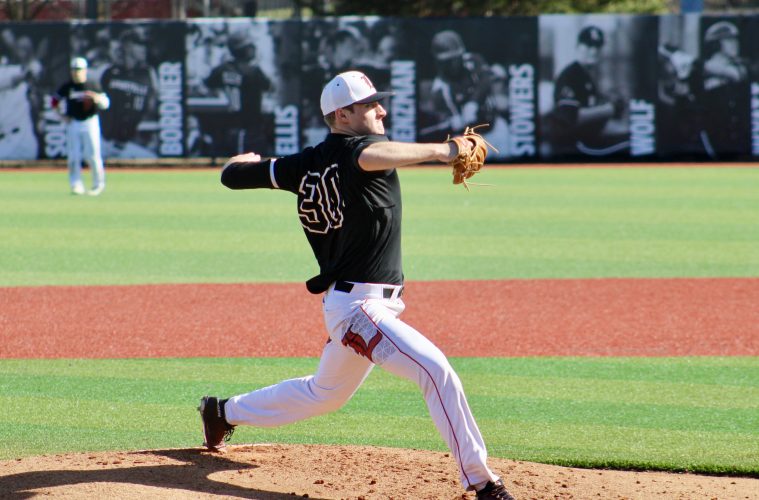 Louisville baseball opens up ACC play this weekend with a road trip to Wake Forest. The Cardinals swept the Demon Deacons last season and currently hold a 14-3 series lead. They’ll be going into Winston-Salem with the best 1-2-3 rotation in the country and an offense that has found its rhythm over the last few games. Wake Forest led the ACC in scoring last year with 7.8 runs per game and they have returned seven starters from that team This will give the weekend rotation a chance to prove themselves and Friday we will look to Reid Detmers to lead the good fight for the Cardinals before Bobby Miller takes the mound on Saturday and Luke Smith on Sunday.

Notes and other things to look for this weekend:
o Bobby Seymour- An All-American and last year’s ACC Player of the Year. The junior led the NCAA last year in RBI’s with a total of 92.
o Statistically speaking, Wake Forest is ahead of where they were at this point last year, improving their team average from .277 to .295 and home runs from 12 to 19.
o William Simoneit is batting .444 for the Demon Deacons through 36 AB and racked up 10 RBI so far.
o Ryan Cusick is who the Cards will face on Friday. Through 17.1 innings pitched he has struck out 32 batters.

With Louisville finally looking like they’ve settled into this season, they have allowed themselves to become a complete team. They’re heading out on the road with an eight game winning streak and red hot bats. With Lucas Dunn back in the lineup, Louisville is able to solidify their reputation as a top tier team. Adam Elliott is proving himself to be a secret weapon for the Cardinal Nine, with a career ERA of 1.93 which puts him at third in program history. He could be a key component in getting a series win this weekend. Let’s not forget about Ben Metzinger and the talent he has brought to both the plate and the field. He’s 13-for-27 hitting in seven consecutive games and averaging .482. We’ve also seen him throw a few quick ones from the hot corner and that could be vital this weekend agains the Deacs who have a strong offense.