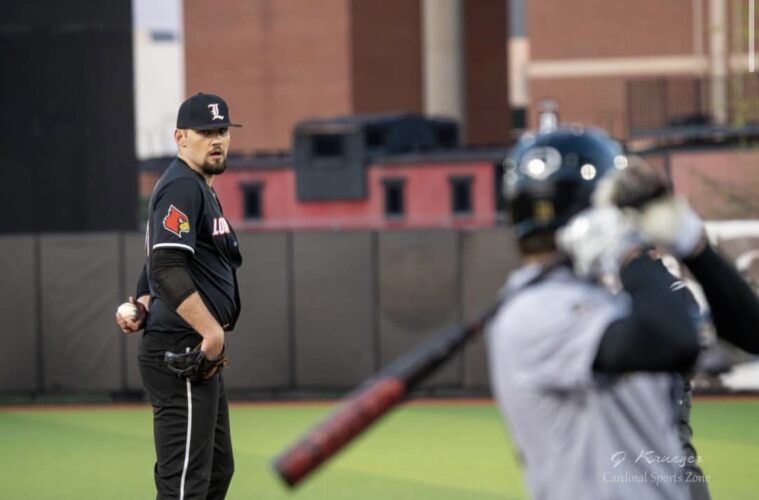 The Louisville Cardinals hosted Wake Forest this weekend for a three-game series to kick of their seven game homestand, winning two out of the three games.

Things started off well for the Cards on Friday as they found themselves finishing their night with a 5-3 victory. Michael Kirian had another stellar performance striking out 11 batters through six innings. Henry Davis tallied his sixth homerun of the season and went 2-for-3 at the plate. Trey Leonard was a perfect 3-for-3 at the plate, including a base hit that drove home two runners. Tate Kuehner had two perfect innings and Adam Elliot added another save to his season in a 1-2-3 inning.

The fifth ranked Cardinals found themselves in a tough spot on Saturday when they let a six run lead slip away before securing a 9-7 win over the Demon Deacons. Louisville was coasting with a 7-1 lead going into the eighth inning, but Wake Forest found themselves with 6 runs including a grand slam which tied the game. The bottom of the inning gave Louisville just what they needed when Levi Usher and Cooper Bowman both drew a walk and then advanced to second and third base on a wild pitch. Brown came through with a single that would send both runners home and give Louisville the win for game two. Adam Elliot tossed a scoreless inning, giving him a 4-1 record this season. The Cards scored in six of eight innings on Saturday.

Luck ran out for Louisville on Sunday when they dropped the series finale, 6-3. The Cards had nothing on the board until the eighth inning when they were able to string together a few runs. Luke Brown had a lead off double and Henry Davis sent him home on a single. Cameron Masterman sent a sac fly to left field that would send Henry Davis had a double to send home Louisville’s third run of the game.

Louisville is scheduled to host in state rival Kentucky this Tuesday at 6p.m. and the game will be televised on ACCN.