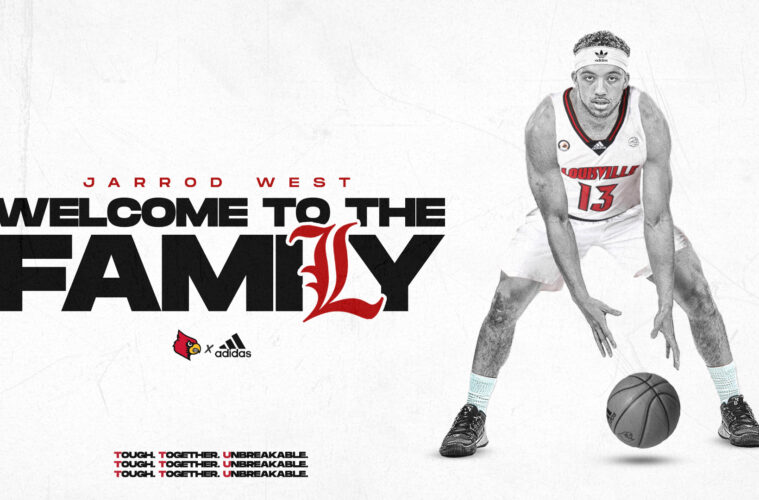 Jarrod West, the career steals leader at Marshall University who has scored over 1,200 career points, has signed a financial aid agreement to play his final collegiate season with the University of Louisville in 2021-22.

“We are super excited to add Jarrod West to our program,” said UofL Head Men’s Basketball Coach Chris Mack. “Jarrod knows how to run a team and is one of the best defensive players at his position in the country. He’s a coach’s son who is an exemplary teammate and competitor. His ability to shoot and take care of the ball is such a bonus for our team. We can’t wait to get Jarrod here in June.

A 5-11 guard from Clarksburg, W.Va., West averaged a Conference USA-leading 6.0 assists (12th in the nation) and 2.5 steals (11th in the nation) as a senior for Marshall last season, adding 12.5 points (17th in C-USA) and 3.5 rebounds per game.  He connected on 40.8 percent of his three-point goals (42-of-103) in 21 games as the Thundering Herd posted a 15-7 record and finished third in the Conference USA East standings with a 9-5 record.  Selected to the 2021 All-Conference USA second team and C-USA All-Defensive Team, his 2.86 assists/turnover ratio also led C-USA.  He had three or more steals in nine games last season.

In his four years at Marshall, West amassed 1,204 points (35th all-time at MU), 424 assists, 393 rebounds and a school-record 254 steals in his 126 career games (tied for fifth at Marshall), starting all but three of those games.  The career steals mark is the second-most in Conference USA history, just 10 short of the league record, and ranks fourth in the nation among active players. He was a career 37.6 percent shooter from three-point range, making 215-of-572 threes, the fifth-most threes made at Marshall. West had 57 career double-figure scoring games at Marshall and handed out five or more assists on 39 occasions.

As a junior in 2019-20, West was the only player in Conference USA to rank in the conference top 10 in scoring, assists and steals. He averaged 14.2 points (10th in C-USA), 4.1 assists (4th), 4.0 rebounds and 2.0 steals (1st) when he was honored on the All-Conference USA Third-Team, C-USA All-Defensive Team, and C-USA All-Academic Team.  West was also recognized with the 2020 Conference USA Winter Sports Spirit of Service Award for Marshall, presented to student-athletes within C-USA who exemplify excellence within their sport, in the classroom and within community service endeavors.

Prior to his accomplished career at Marshall, West was honored with the 2017 Bill Evans Award, presented annually by the West Virginia Sports Writers Association to the state’s top boys prep basketball player.  He was the first Class A player to earn the award in 33 years.  A first team all-state selection for his final three prep seasons, West averaged 20.5 points, six rebounds, six assists and six steals as a senior in leading Notre Dame High School to a 23-5 record and the school’s first Class A state championship in 2017.  His father Jarrod — who played college basketball at West Virginia from 1994-98 – has been the head coach at Notre Dame for the last 14 years.

West chose to attend Louisville for his final collegiate season after narrowing his choices to also include Ohio State and Pittsburgh.