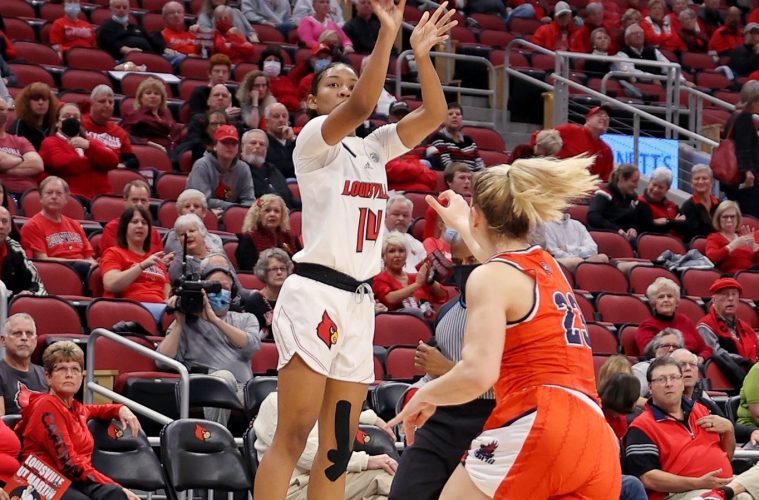 Just 24 hours after their win over Bellarmine the No. 10 Cardinals found their way and secured another win over UT Martin tonight outscoring them 62-30.

The first half gave us a less than stellar performance and while having 32 first half points seems fine enough, it was the way they got those points that had me concerned. There were moments of strength and there were moments where I wondered if this team had even discussed fixing certain issues. The turnover issue was still relevant and passing was still questionable at times. Emily Engstler carried this team offensively in the first half scoring 18 of the team’s 32 points. She was putting on a show in the Yum! Center, again. While Kianna Smith contributed 5 points of her own, Hailey Van Lith didn’t see her first points until near the end of the half. The offense was elusive at times with the team finding just 14 points in the second quarter. On the defensive end of things Chelsie Hall was running the show with all 4 of her first half rebounds being defensive. She also recorded 2 steals in her 12 minutes on the court through the first two quarters.

Things looked less stagnant for the offense in the second half with Kianna Smith coming out of the gate for two points to get things started for Louisville. Liz Dixon came off the bench and was dominate on the inside posting layups and drawing fouls. She would end her night with 6 points and 4 rebounds, most of which came in the second half. The Cards had two players in double digits at the end of the night, Emily Engstler with 20 points and Kianna Smith with 10 points. On any other night I might be bothered that Chelsie Hall didn’t score at all, but she was a driving force for our defense with 6 rebounds and 2 steals. Olivia Cochran was clutch on the defensive end as well with 6 rebounds plus one on offense.

After the game Coach Walz stated tonight’s win was a good one. He feels like his team passed the ball well and got good looks. He added that he was really impressed with the team making unselfish plays.

The Cards head out west to face Washington on November 20th. That game is scheduled to tip-off at 5:00 p.m. EST. They’ll follow up with a game at Cal Poly on November 23rd and Colorado State on November 28th before coming home to host Michigan on December 2nd.