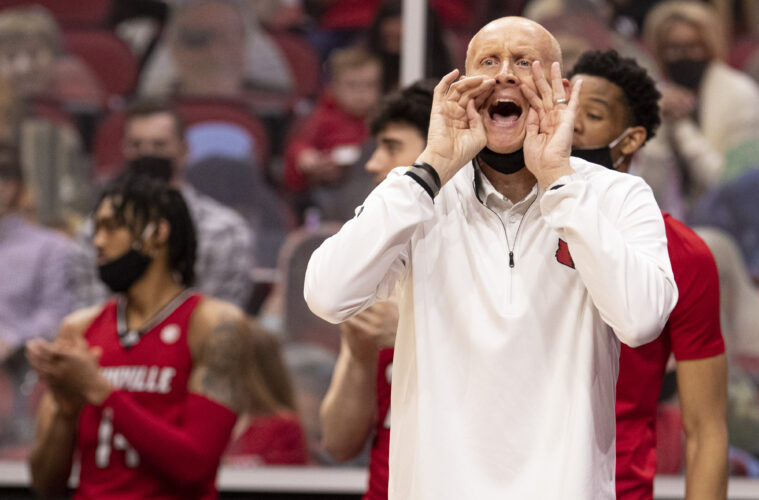 “We are excited to add Noah to our roster for the coming season,” said UofL Head Men’s Basketball Coach Chris Mack. “Our staff is very familiar with Noah having heavily recruited him out of high school. Noah is one of the best pure shooters in the country who can do it on the move, off the dribble and in transition. His college experience at the SEC level has him prepared to provide a huge boost for our program. We are thrilled to add a player of Noah’s caliber to the backcourt.”

A 6-3, 207-pound guard from Baltimore, Md., Locke averaged 10.6 points and 2.4 rebounds per game as a junior last season at Florida while making a team-high 57-of-141 three-pointers (.404).  He started 24 of 25 games for the 15-10 Gators, which finished fifth in the SEC and reached the NCAA Tournament second round.  Locke scored in double figures on 14 occasions, including a season-high 19 points at West Virginia.  He was fifth in the SEC in three-pointers made per game (2.3).

Locke’s 217 career three-point field goals ranks ninth in Florida history.  He had 49 career double-digit scoring efforts at Florida and 63 games with multiple three-pointers, including 10 career game with five or more threes. He scored a career-high 27 points as a freshman against Texas A&M (1/22/19), burying 7-of-13 three-point goals. Locke produced his only career double-double with 16 points and a career-best 10 rebounds against Long Beach State (12/28/19).  He gathered a career-high four steals with 13 points against Xavier (11/24/19) in the championship game of the 2019 Charleston Classic.

Before his three seasons at Florida, Locke was the all-time leading scorer at the McDonogh School in Owings Mills, Md. with 2,350 career points.  As a senior, he averaged 21.6 points, seven rebounds and five assists per game in earning USA Today First Team 2017-18 All-USA Maryland Boys Basketball  honors.  He was ranked No. 64 by Rivals.com, No. 73 in the ESPN 100, and No. 80 in the 247Sports.com composite.  He initially chose Florida over Michigan, Ohio State, Providence and Xavier.

Locke comes from a basketball family.  His parents Vanessa and Kyle – a MEAC All-Rookie selection in 1993 — both played basketball for four years at Coppin State.  His older brother Kayel, who is in his fifth professional basketball season currently with the Landstede Hammers in Zwolle, Netherlands, played four years at UNC Greensboro where he ranks sixth with 1,522 career points and seventh with 652 career rebounds.  His younger sister Paris plays on the McDonogh School high school team.