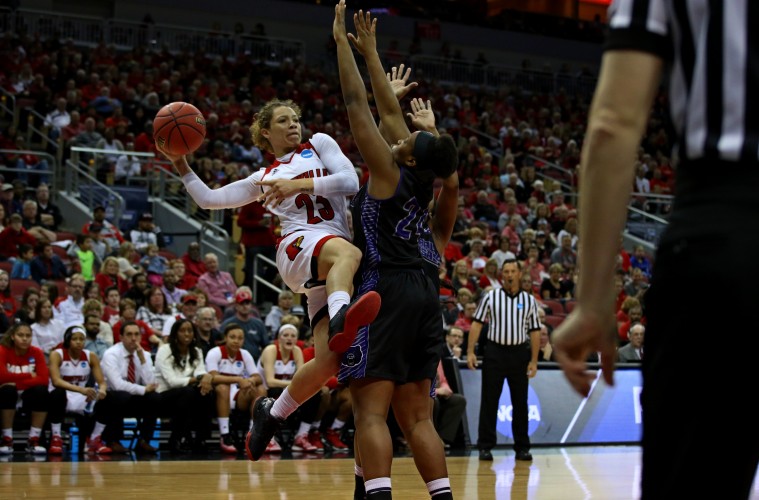 NCAA 2nd Round: Louisville vs. DePaul Sunday 2:30 at Yum! Center

The NCAA Tournament second round game time on Sunday between the University of Louisville women’s basketball team and DePaul in the KFC Yum! Center has been set for 2:30 p.m. ET.

The contest will be available on ESPN2.

The No. 8-ranked Cardinals (26-7) defeated Central Arkansas in the first round of the NCAA Tournament on Friday, beating the Sugar Bears 87-60. Myisha Hines-Allen scored a game-high 25 points, Mariya Moore added 16 points and four assists, and Sam Fuehring came off the bench and contributed 12 points and four assists.

Louisville and No. 20 DePaul (28-4), which earned a 97-67 win over James Madison earlier on Friday, are meeting for the first time in the NCAA Tournament. The two programs, which played as league foes in Conference USA and the BIG EAST, have met 31 times previously.