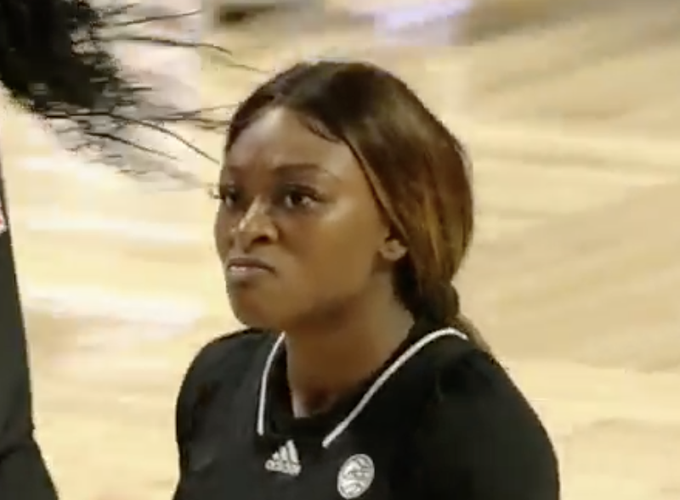 No. 1 Louisville Holds On In Winston-Salem

Louisville narrowly escaped a massive upset on the road this afternoon when Dana Evans showed up to save the day with just a few seconds to spare in a 65-63 win.

The Cards were lacking on both ends of the court, to say the least. This was not the team we have grown accustom to watching this year. With only 9 assists as a team and 32 rebounds, Louisville struggled getting meaningful boards and sinking shots. There were clear mental struggles for this team today and every time you felt they were going to get over the hump, they seemed to take two steps back.

Wake Forest came ready to play and they gave Louisville their largest deficit of the season at 9 points. They tied the Cards 7 times during today’s game by beating Louisville in rebounding and being nearly unstoppable in the paint. Thankfully, Olivia Cochran was there to help by displaying a double-double, 10 points and 11 rebounds. Elizabeth Balogun was also in double digit scoring today with 12 points and recording 3 steals and 3 blocks.

Louisville was trailing Wake Forest by 9 halfway through the fourth period but suddenly found a way to shut down their own mental obstacles and go on a 14-2 run. With 8 seconds left, Dana Evans found the ice in her veins and drove to the basket for a three-point play to secure the win for the No. 1 ranked team. She led the team in scoring today with 25 points.

Jeff Walz and company are scheduled to play their next three games at home, starting with Miami on Tuesday, January 26th at 4:00p.m.