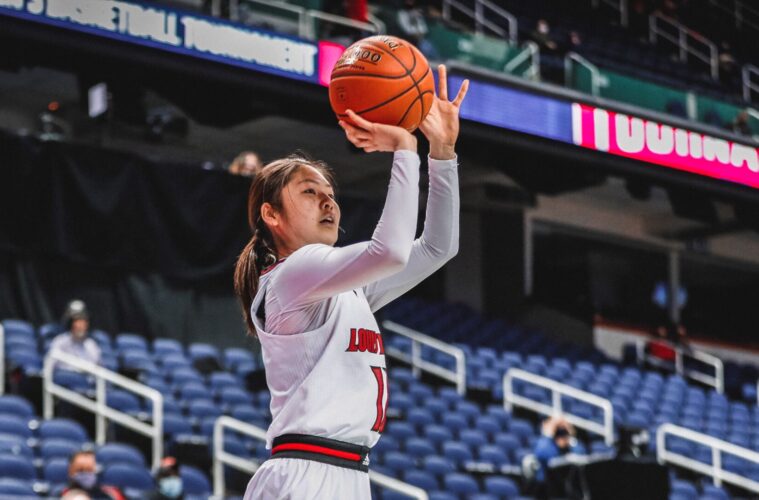 You know what I love to see? Full court pressure. It was a beautiful thing today as the Cards worked through their semifinal game against Syracuse and came out with a 72-59 victory to advance to the ACC Championship game.

Louisville was able to get off to a good defensive start in the first quarter, forcing 6 turnovers and grabbing 5 defensive boards. They were making good stops and getting back on offense quick. On the offensive end of the court, they struggled getting shots to land. They found themselves getting rebounds and getting good looks but not much was falling for them. They would be at 35.3% through the first quarter, 6-17 from the field. The bench made some big moves in the second quarter. Norika Konno had 5 points in 6 minutes with an offensive board. Ramani Parker was also on the court making a statement when she took a charge and got a nice defensive rebound during the second quarter. Dana Evans had a slow shooting start again today, but she was also able to tally two rebounds and two assists through the first half. Overall, the team only scored 12 of their 37 first half points in the paint but were able to score 10 points off 10 Syracuse turnovers.

Dana Evans had six points in the third quarter alone, which was just two points shy of her total against Wake Forest in yesterday’s game. Hailey Van Lith added nothing to her point total in the third but did add four rebounds bringing her game total to 7. Norika Konno was making a statement by sinking her second three-pointer of the game and Louisville was bringing it together on offense. By the end of the third period, the only player who had seen playing time and not scored was Ramani Parker. Louisville was giving Syracuse plenty of chances to get points in the fourth quarter. Lucky for them, the Orange continued to come up short. Louisville was only shooting 35.7% in the fourth quarter, but Olivia Cochran was coming up huge with 6 defensive boards in the last ten minutes of the game. The Cards had 9 different players score double-digits, including Olivia Cochran who had another quiet double-double scoring 10 points and tallying 10 rebounds. Dana Evans led the team in scoring with 13 points, 2 rebounds, and 3 assists. Kianna Smith had 11 points and 2 assists while Norika Konno came off the bench to score 10.

Coach Walz acknowledge today being a tough game from start to finish. He said the key to the game was holding Lewis to 1-10 from the field. He also stated that Norika Konno was the player of the game today. Coach Walz says he told the team in the locker room that everyone will have to play well tomorrow and it doesn’t matter if they’re playing NC State or Georgia Tech. He also noted that it’s remarkable that the two freshmen were leading the team in rebounding today.

The Cardinals will face the winner of NC State and Georgia Tech in the ACC Championship game tomorrow at noon.