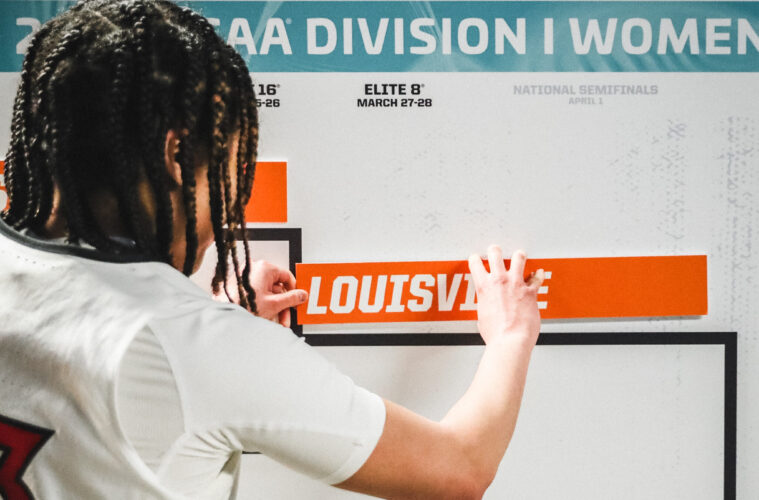 This truly was a game of creating offense out of defense. The team showed excellent defensive efforts through much of the game, but Olivia Cochran provided an extra level of defense that we’ve come to expect. Regardless of her spending time on the bench due to foul trouble, and eventually fouling out of the game in the fourth quarter, she spent most of her night fighting for rebounds and stops in the paint. We do not win this game without the effort we saw out of Olivia Cochran tonight. The Cards also forced 18 turnovers and cashed in on 21 points from those turnovers. It seemed as though every time the Vols would get the ball back, Louisville would find a deflection or force a turnover to keep their momentum. Louisville also tallied 11 steals on the night, led by Kianna Smith who was responsible for 4 of the 11. Also noteworthy, Hailey Van Lith had the block of the night, and I am certain I have never seen her more fired up during any game.

The Cards seemed to struggle at the free throw line making just 50% of their attempts. They were also 50% on layups for the night, which has been a problem from time to time this season. Otherwise, the offense was decent. Hailey Van Lith led the team in scoring with 23 points and she was followed closely by Emily Engstler who recorded another double-double tonight with her 20 points and 10 rebounds. Kianna Smith was also in double-digit scoring with 12 points. Payton Verhulst made the most of coming off the bench and while she only had 7 points, they were a big 7 points, and she was shooting 100%. Payton don’t miss!!!

The 1-seed Cardinals will face Michigan on Monday night at 9p.m. EST for a chance to advance to the Final Four. This will be Louisville’s second meeting with Michigan this season. They faced the Wolverines on December 2, 2021 and walked away with a 70-48 victory.