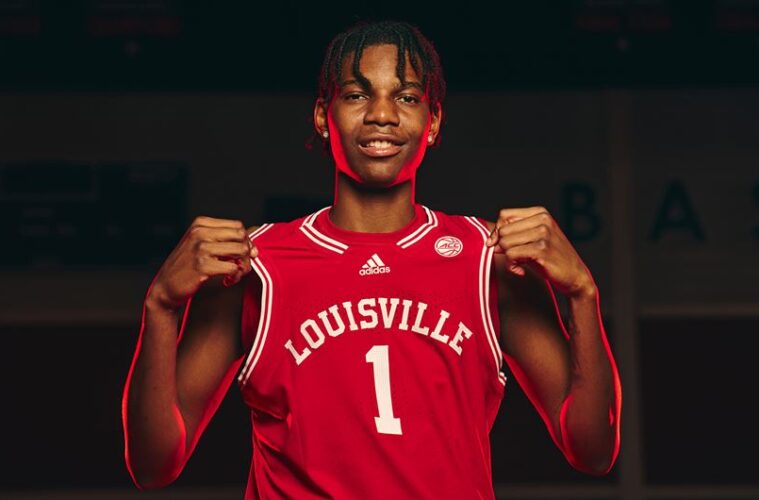 Devin Ree, a 6-8, 185-pound forward from Jackson, Miss., has signed a national letter-of-intent to continue his playing career and education at the University of Louisville.

“Devin is a tall wing who can really score the ball and defend,” said UofL Head Men’s Basketball Coach Kenny Payne.  “His length on both sides of the ball will cause opponents problems.  He is a high character person who has played with other great players and has been coached by Hall of Famer Steve Smith at Oak Hill, which means he understands winning. We are very happy and proud to have him as a Cardinal.”

As a junior in 2020-21, Ree was a first team all-state selection at Terry (Miss.) High School, where he averaged 23.2 points, 12 rebounds, five assists, three blocked shots and two steals.  He helped his team achieve a 10-6 record and reach the second round of the Mississippi 6A Playoffs, playing limited games due to COVID issues.

He played for We All Can Go on the adidas Gauntlet circuit in the summer of 2021. Ree was also a member of the Virginia Gold team that won the 2021 GEICO Top Flight Invitational title, where he scored 20 points against Prolific Prep in the semifinals, burying all five of his three-point attempts in the game.

After initially signing with LSU last November, Ree also considered Auburn, Georgia and Jackson State before signing with the Cardinals.

He becomes the third new addition to the Cardinals’ roster in the last week, joining Brandon Huntley-Hatfield, a 6-10, 245-pound forward from Clarksville, Tenn. who played as a freshman last season at the University of Tennessee; and Kamari Lands, a 6-8, 195-pound forward from Indianapolis, Ind. who played last season at Hillcrest Prep in Phoenix, Ariz.