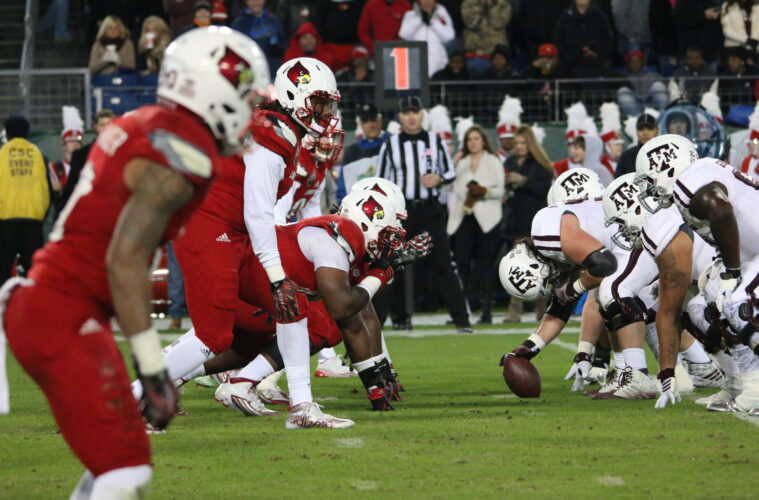 The University of Louisville and Texas A&M have agreed to a home-and-home series for the 2028 and 2029 seasons, UofL Vice-President/Director of Athletics Vince Tyra announced Monday.

“We’re excited to schedule a traditionally strong program with one of the best environments in college football,” Tyra said. “We know our fans will enjoy the series and we’re comfortable our future players will as well.”

The two teams have met four previous times, with Texas A&M leading owning a 3-1 series advantage. The Cardinals defeated the Aggies 27-21 in the 2015 Music City Bowl in the last meeting between the two schools.

After playing the first two games of the series at Texas A&M in 1992 and 1993, the Cardinals hosted the Aggies for the first time in 1994.

The Texas A&M series adds to an exciting non-conference slate in upcoming seasons. In addition to hosting the Aggies in 2029, Louisville is set to host UCF in 2021, Notre Dame in 2023 and Indiana in 2024.