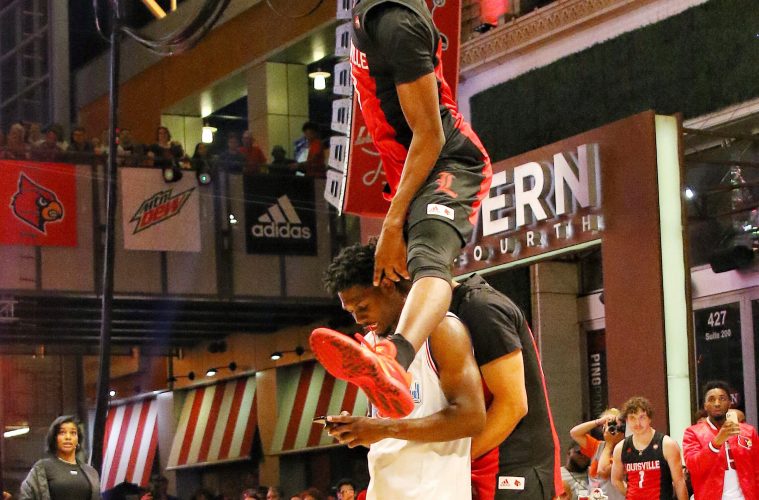 “Jae’Lyn is a very talented young man who our coaching staff feels has a very bright future,” said Mack.  “We will push him this year to get stronger and experienced as a college player through intense practices, individual skill and sessions in our weight room. Jae’Lyn has a chance to be a dynamite player for us down the line. We want to ensure that development takes place by redshirting Jae’Lyn for the coming season. His time is coming.”

“I’m all for it,” said Withers.  “My potential is through the roof and I want to get to that untapped potential and hopefully go above it.  I’ll still be in the wars with our guys as we advance through this season.”

A 6-9 exercise science major from Charlotte, N.C., Withers averaged 19.8 points, 9.7 rebounds and 2.2 blocked shots as a senior last season in helping Cleveland Heights (Ohio) High School to a 14-11 record while reaching the district semifinals.  He played only his senior year at Cleveland Heights.

As a junior in 2017-18, Withers averaged 20 points, 10.1 rebounds and shot 43 percent from three-point range as a junior in helping North Mecklenberg High School in Huntersville, N.C. to a 27-2 record and a conference regular season and tournament championship, earning first team AP all-state honors.

The 2018 Charlotte Observer 4A Metro Player of the Year and I-MECK conference player of the year, Withers ranked No. 100 nationally by Rivals.com and No. 120 by 247Sports.com.  North Mecklenberg went 24-4 in 2017-18 and reached the NCHSAA 4A sectional final.