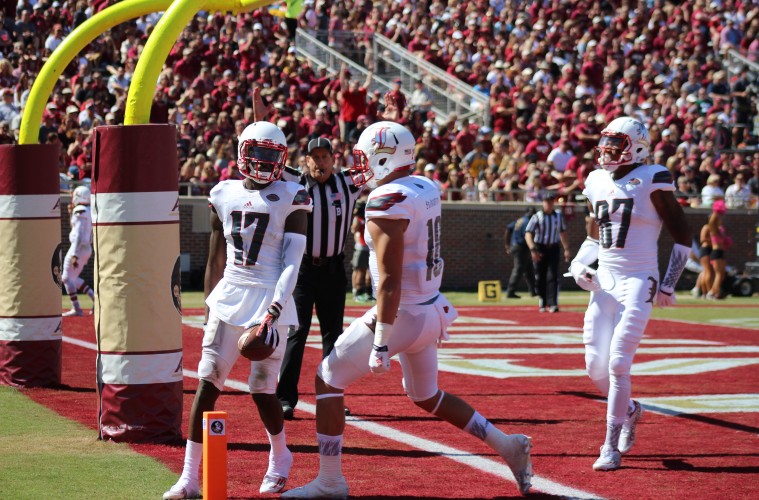 Louisville’s offense has had its struggles due to youth and inexperience throughout 2015.  When things look like they might be coming together for the UofL attack, something happens.  A bad snap, a hold, a missed block, a missed hole, a drop, a sack, a fumble, a pick.  It’s been a lack of consistency. Against Florida State Louisville had instances just like that…..but fewer.  Even though it was a loss the Cards probably played their best offensive game vs. the Noles.

To beat Boston College, the Cards are going to have to play another version of its best offense.  To put it mildly, the BC Defense is OUTSTANDING.  It’s hard to kind of quantify just how special the Eagles Front 7 is and how well they play together but no one can run the football on Boston College.  Dalvin Cook, for example, only gained 54 yards.

Boston College has played such good defense in 6 of 7 games that last week BC gave up nearly 600 yards of offense (the worst performance of the year) and STILL held the crown for the #1 defense in the nation.  Last week vs. Clemson signals that Clemson might be really turning it on OR it could signal that the Eagles are packing it in on the year after losing all 4 conference games thus far.  BC lost to Wake Forest 3-0…..enough to demoralize even the most mentally tough units.

For Louisville, the Cards are going to have to try and run the ball to just keep BC honest.  But it would be foolish to try and go behind the Guards.  Instead UofL probably needs to try and get behind its true freshman tackles and see if they can get someone to make a mistake for a seam.  Louisville is going to give up TFLs, they are going to give up sacks.  But they need to make this defense WORK and force the Eagles to expend energy in the early part of the game in pursuit.  The worst that can happen is Louisville gift away mistakes, turnovers for scores.  In a lot of possessions the best result will be for Louisville to punt with Josh Appleby….and the Cards (and the fans) need to be OK with that in this game.

Lamar Jackson is going to have to throw the football, but he needs to only take what is there.  He can’t afford to not see the blitz and risk a fumble.  Boston College’s offense isn’t talented enough to drive the field so turnovers will give BC its best scoring opportunity of the game.  It won’t take a great deal of points to win this game Lamar Jackson has to prove to be patient and receivers need to continue to make catches.  Boston College has played almost exclusively ‘Man Coverage’ this year and if BC continues to do that vs. Lamar Jackson they may pay the piper.  However, if the Eagles Front 7 can contain Lamar on its own it could be a long day…….but no one should be able to play MAN for an entire game vs. Lamar, it’s theoretical suicide.

Chances will be few and UofL has to make the most of them but Boston College chasing Lamar Jackson all day will test the Eagles’ depth.