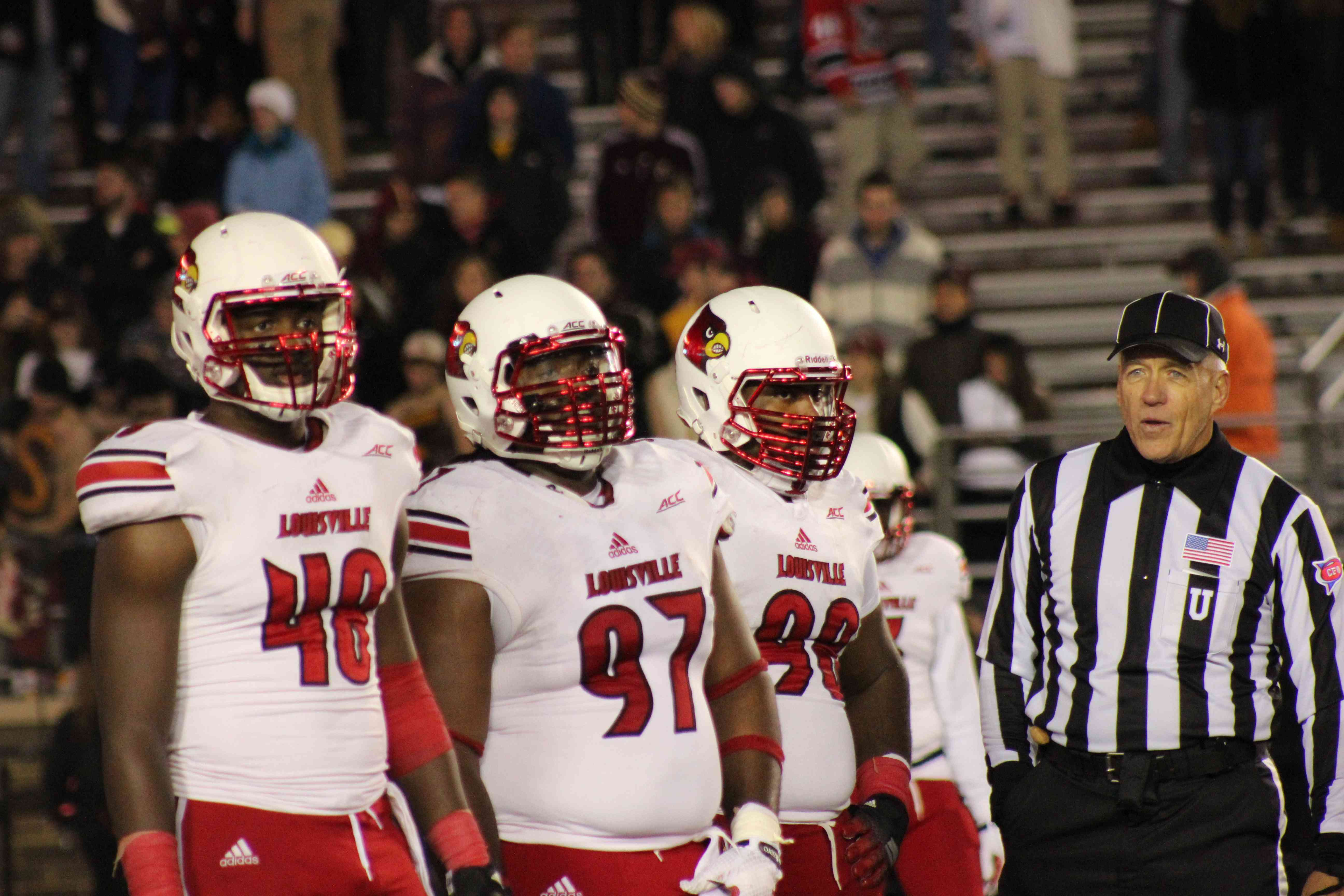 Boston College’s Offense is the inverse of its Defense……it’s bad.  Losing running back John Hilliman and Quarterback Darius Wade have been devastating for the Eagles.  This has forced BC to use several freshman before they are prepared.  The Eagles use A LOT of running backs.  Boston College’s offense is based on the run game and accounts for roughly two-thirds of their offense and are 27th in Rushing Offense…..but it has more to do with the quantity of runs rather than the quality of those as BC is just 58th in yards per rush at 4.4 ypc (for example UofL is 4.11 ypc).

Boston College splits reps at QB with two freshman Jeff Smith and Troy Flutie (former BC Heisman winner Doug Flutie’s nephew). Smith as a passer is……(how do we say this kindly?)………pretty bad.  Eagles’ fans may have some expletives to share about Jeff’s passing thus far, but he’s a freshman….and he can REALLY RUN.

Part of the problem for Boston College is an all new offensive line from a year ago in addition to being without Wade or Hilliman.

For Louisville this is a game the defense should dominate.  BC tries to be physical in the run game and they have some success getting first downs, but never enough to drive the field or break big plays.  The Cards are coming off a 2nd half vs. Florida State that left the fans and coaching staff express criticism on effort.  This Louisville defense is too talented to put forth the effort they did in the 2nd half vs. Florida State & Auburn…and the entire game vs. Houston.  Bottomline there are 12, maybe 13 games in a season and if a defense plays soft for a stretch, that’s just who they are SOFT.

Personally I don’t think UofL’s D is soft….but they haven’t played a focused brand of football and haven’t tackled well during large portions of the season.  Bottom line, UofL’s defense hasn’t played to its talent level except for one game this season. The 2nd half vs. FSU was disappointing but the Noles have weapons…….Boston College doesn’t.  The Cards should be able to control the game defensively, but if they don’t that signals an even bigger problem that will permeate throughout the season & off-season as well.

As long as the Cardinal defense doesn’t find itself in a trouble spot due to an offensive turnover or a special teams bust they should be able to keep Boston College off the scoreboard for the balance of the contest.  Boston College isn’t going to become a well-oiled machine over-night offensively and even bad defenses have slowed the Eagles this year.  Louisville has played fairly average over the course of the year defensively and if they step up their game even a little bit the Cards can set the tone on D and gain some confidence in the 2nd half of the season.