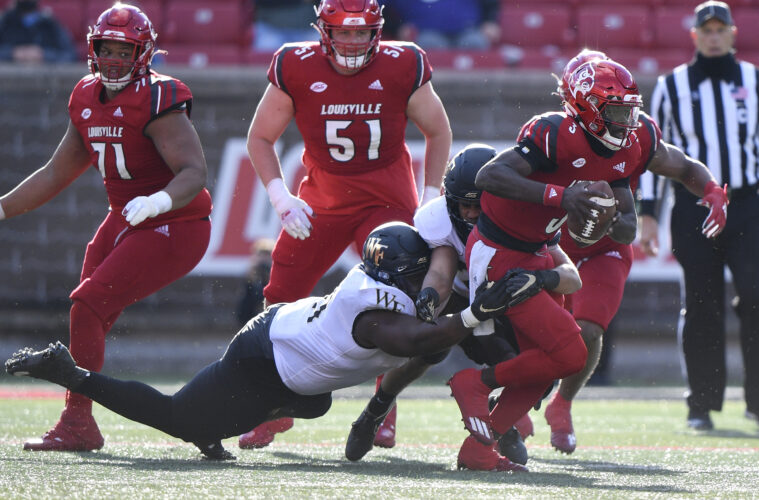 Hudson joins the Cardinals after playing in 19 games, including 12 starts during his two-year career with the Hokies.

In 2020, Hudson played in eight games, including two starts at right guard against Liberty and Clemson. The Hokies finished 11th nationally and second in the Atlantic Coast Conference in rushing with a 240.1 yards per game average.

“We’re excited to add Bryan Hudson to our program,” Satterfield said. “Hudson is a versatile player who has shown the ability to play a number of positions along the offensive line during his career. He’s a former Freshman All-American who has displayed his talents in two seasons at Virginia Tech. We look forward to him being a part of our team and are thrilled to add a player with his experience.”

The 6-foot-4, 310-pound Hudson made an immediate impact on the offensive line at Virginia Tech. He started 10 games at center during his first year on campus and was named a second team Freshman All-American by the Athletic.

According to Pro Football Focus, Hudson was one of just two freshmen on the offensive line to play more than 500 snaps in 2019.

Signing with the Hokies in 2019, Hudson was the third-highest rated member of Virginia Tech’s 2019 class that ranked as third-best in the ACC. He was a four-star prospect and a member of the Top247. He checked in as the No. 197 overall prospect and the No. 12 offensive guard in the 247Sports Composite. After strongly considered the Cardinals out of high school, Hudson signed with the Hokies over a host of scholarship offers, including Alabama, Florida, Kentucky, LSU, North Carolina, Notre Dame, Ohio State, and Tennessee.

Hudson will have three years of eligibility remaining when he joins the Cardinals for the 2021 season.