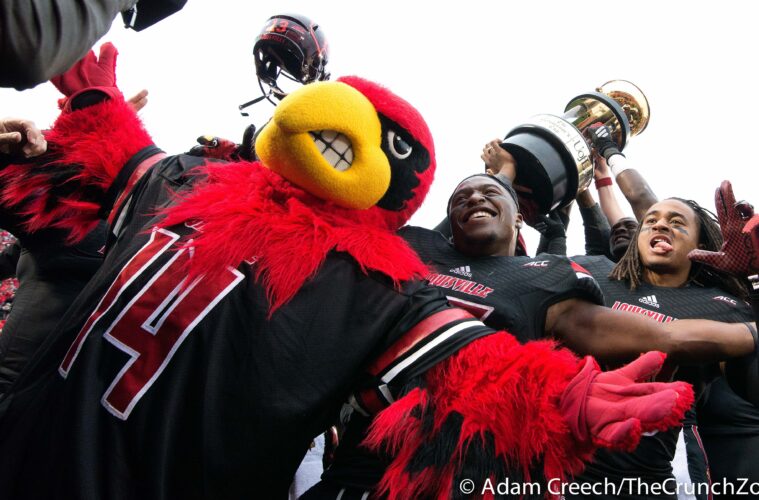 The University of Louisville Football program has signed a handful of players today with the start of the midyear signing period.

Chris Williams (6-1, 285) DL from Northwest Mississippi C.C. spoke with TheCrunchZone.com’s Chris Person and relayed that he would be signing today and would be enrolling this January.  The Cards also landed the signature of Ronald Walker (6-2, 185) DB from Copiah-Lincoln C.C. who reportedly will also be enrolling next month at UofL.

Williams was the Defensive MVP of the Junior College national championship earlier this month.  Bobby Petrino was in attendance for his game and learned of the school’s Music City Bowl berth while at the JUCO national championship game.  Chris Williams is also a former high school teammate of Shaq Wiggins and Ja’Quay Savage at Sandy Creek H.S. in Georgia and originally signed with Ole Miss.

Walker is a highly rated corner who also originally committed to Ole Miss out of high school.  Ronald will provide length in the secondary and might factor at the “Star” position this Spring for the Cards.

The Cards may be in play for a few other JUCO players as well and High School players that intend to enroll early may sign midyear paperwork at anytime.  Last year Traveon Samuel actually signed his scholarship papers in November.  This year Kordell Slater 6’5, 250 DE from Port Charlotte, FL has indicated that he would be enrolling early…and there may be another one or two as well.  We will continue to monitor!

Heralded prospects Ronald Walker and Chris Williams will join the University of Louisville football program as part of the 2016 recruiting class, signing on Wednesday during the mid-year period for junior-college players.

“We are thrilled to be able to add two outstanding players to our 2016 recruiting class during this period,” head coach Bobby Petrino said. “Walker is a tremendous athlete with excellent size at 6-foot-2. Williams fills a big need for us on the defensive line, and I like his athleticism and pass-rushing ability from the defensive tackle position.”

A product of Jackson High in Callaway, Miss., Walker is rated one of the top junior-college prospects in the country, ranking as the No. 4 JUCO cornerback nationally by Scout.com and No. 7 by 247Sports.

As the No. 29th-best player on ESPN’s Junior College Top 50 list, Walker recorded 15 tackles, four pass break ups, and one interception during his final junior-college season.

Williams, who is expected to contribute immediately on the defensive line, is a four-star prospect and tabbed No. 66 in the country – eighth at the defensive tackle position.

The Tyrone, Ga., native was the defensive MVP of the national junior-college title. He helped his team to a 10-1 record this season, logging 21 tackles and four sacks in eight games.