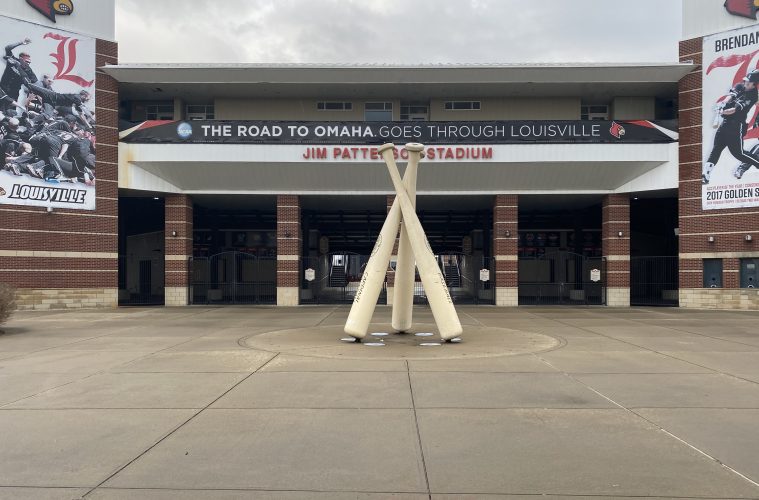 The University of Louisville baseball team will open up postseason play on Friday with the start of the NCAA Louisville Regional at Jim Patterson Stadium. The top-seeded Cardinals will take on fourth-seeded Southeast Missouri State in the opening game at 2 p.m. ET. The game will be televised on ESPN+ and can be heard on 93.9 The Ville.

Louisville won its fifth ACC Atlantic Division championship in seven full seasons in the league this spring and is now making its 14th all-time appearance in the NCAA Tournament.

The Cardinals are 29-6 at Jim Patterson Stadium this season. One more victory would secure their sixth 30-win campaing on their home field in the last 10 full seasons.

Louisville and Southeast Missouri State have just one previous meeting, coming back in 1996 with the Redhawks tallying a 16-8 victory. Should the Cardinals play Oregon in the NCAA Regional, it would be the first ever meeting between the two programs, while Louisville and Michigan have played eight times previously, including a three-game series in Louisville earlier this spring in which the Cards won two out of three.

LOUISVILLE IN THE NCAA TOURNAMENT

·        Making their 13th NCAA Championship appearance in the last 15 seasons under head coach Dan McDonnell, the Cardinals are 47-28 overall in NCAA postseason games during that span.

·        Louisville is hosting the regional round for the ninth time in the last 13 seasons. The Cardinals have won seven of the previous eight regionals at Jim Patterson Stadium and are 24-4 in regional games at home with a 19-1 mark in the last 20.

·        The Cardinals have hosted a regional in seven of the last nine seasons, tied with Florida for the most of any program during that span.

·        Louisville competed against 11 of the other 63 teams in this year’s NCAA Championship field during the regular season going 13-11-1 against those teams.

·        During his previous 17 seasons as a collegiate coach entering 2022, including his final two seasons as an assistant at Ole Miss in 2005 and 2006, McDonnell advanced to 14 NCAA Regionals and 10 NCAA Super Regionals to go along with five College World Series berths.

·        The Cardinals have just five players on the current roster who have played in the NCAA Tournament. Ben Bianco appeared as a pinch-hitter in the 2018 Lubbock Regional, while Cameron Masterman did the same in the 2019 Super Regional. Carter Lohman, Jared Poland and Garrett Schmeltz all made relief appearances during the 2019 postseason.

·        Louisville has used 21 different pitchers this season, 20 of which have thrown double digit innings. Fifteen different Cardinals have made a start on the mound.

·        Dalton Rushing has been a constant power threat in the middle of the order this season. The junior has homered nine times in the last 12 games and has taken over the team lead with 21 long balls on the year. Rushing is currently fifth in the ACC in home runs and also fourth in walks, fourth in hit by pitch, seventh in on-base percentage and seventh in slugging percentage.

·        Jared Poland started his time at Louisville as a two-way player, playing second base and pitching out of the bullpen before moving into a pitcher-only role in 2021. The right-hander was named the ACC Pitcher of the Week after tossing seven scoreless innings against No. 1 Notre Dame, striking out 10. Poland put together an 18-inning scoreless streak from March 8-26, which included starts against ranked opponents TCU and Notre Dame. His best start was a career-long eight shutout innings with a career-high 13 strikeouts against Clemson. Poland struck out double digits in four ACC starts and ranks top 10 in the ACC in ERA (4th), strikeouts per nine innings (6th) and strikeouts (7th).

·        Jack Payton played sparingly as a freshman, appearing in 13 games with seven starts. Payton tallied just six hits and two RBIs in his first season. He is currently leading the team with 26 multi-hit games on the season, including nine with three hits. Payton ranks among the best in the ACC in doubles (3rd) and hits (9th). His 20 doubles on the season are the most for a Louisville player since Logan Wyatt had 22 in 2018 and are one shy of cracking UofL’s single-season top-10 list.

·        Isaac Humphrey has quietly put together an excellent season for the Cardinals after not seeing action during the 2021 season. Humphrey is third on the team and ranks 10th in the ACC with a .463 on-base percentage. The sophomore led the Cardinals with a .351 avearge in ACC play this season and has been Louisville’s best hitter this season with runners in scoring position, hitting .393 (22-for-56) and reaching base at a .537 clip in that situation.

·        Ben Metzinger returned fully healthy in 2022 and has been one of the pillars of the Louisville lineup. Metzinger is top 15 in the ACC in walks (4th), home runs (11th), RBIs (11th) and total bases (13th). He earned ACC Player of the Week honors after tallying four straight multi-hit games against Lipscomb and Boston College. Metzinger owns walk-off home runs against Morehead State and North Carolina this season, the first walk-off blasts for the Cardinals since Nick Solak’s home run beat Notre Dame on March 11, 2016.

·        Ben Bianco has already turned in a career season this spring setting career highs in runs (39), hits (57), triples (3), home runs (11) and RBIs (49). The fifth-year senior had five hits in the finale against Dartmouth, becoming the first Cardinal with five hits in a game since Alex Binelas did so against Alabama A&M on April 26, 2019. Bianco also homered in all three games of the weekend series against North Carolina, including a go-ahead grand slam in game two and a leadoff shot that helped sparked Louisville’s ninth-inning rally in the finale. He hit a solo homer in Louisville’s 1-0 win over Vanderbilt and is currently 29th in the ACC in RBIs.

·        Tate Kuehner began the 2022 season as Louisville’s Friday night starter, working in that role for the first eight weekends of the year. The southpaw moved back into his previous bullpen role during the Florida State series and has been one of the Cardinals’ best pitchers since. Kuehner has made 13 relief appearances, allowing just seven earned runs in 26.2 innings for a 2.36 ERA and has tallied a pair of saves. Kuehner worked 14.2 consecutive scoreless innings across six appearances against Vanderbilt, Wake Forest, Indiana, Virginia Tech, Eastern Kentucky and Virginia.

·        Michael Prosecky has taken over as the Louisville closer for the 2022 season after pitching in a variety of roles during his first two years. The southpaw recorded the final six outs in each of Louisville’s first two victories, earning his first two career saves. Prosecky has continued his strong work out of the bullpen and put together 15 consecutive scoreless innings before allowing two unearned runs against North Carolina. The junior is second in the ACC with 10 saves, which is tied for the eighth-most in a single season in Louisville history.

With a victory over Virginia in the final game of the regular season, the Cardinals captured the 2022 ACC Atlantic Division championship.

Since Louisville joined the ACC in 2015, the Cards have five division titles. No other ACC team has more than two during that time.

The ACC has had divisions for 15 seasons. Despite having only been in the league for seven of those, Louisville owns the third-most division titles in the league.

Louisville collected a slew of honors when the ACC postseason awards were announced.

Levi Usher took home the conference’s Defensive Player of the Year award and was one of eight Cardinals named to the All-Conference teams. Louisville lead all programs with the eight selections and are the most for the Cards since also getting eight in 2017.

Usher was the second Louisville player to win the Defensive Player of the Year award, joining Devin Hairston who took home the first-ever ACC DPOY honor in 2017.

Dalton Rushing has been one of the hottest power hitters in the country over the last two weeks of the season. In his last 12 games, the junior is hitting .356 (16-for-45) with nine home runs and 16 RBIs.

After recording his first career multi-home run contest against Pitt in the ACC Tournament, Rushing is now tied for eighth on Louisville’s single-season home run list with 21 on the year.

He is the first Louisville player to hit 20 home runs in a season since Drew Ellis did so in 2017 and his 21 long balls are the most since Phil Wunderlich did the same in 2010. Chris Dominguez (2009) and Randy Delph (1974) hold the UofL program record with 25.

Senior outfielder Levi Usher has been among the top stolen base threats in the country since his arrival on campus in 2020. Usher ranked 10th nationally with 11 steals in the shortened 2020 season, and then led the ACC and finished 13th in the country with 26 in 2021. This season, Usher is once again leading the ACC with 33 stolen bases, which is good for 11th nationally.

The Fairfax, Iowa, native has steadily climbed Louisville’s single-season and career stolen base lists over the course of the spring. Usher’s 33 bags this season are the seventh-most in program history, while his 70 career steals are currently seventh-most as well. Usher is 70-for-76 on the basepaths in 120 games with the Cardinals.