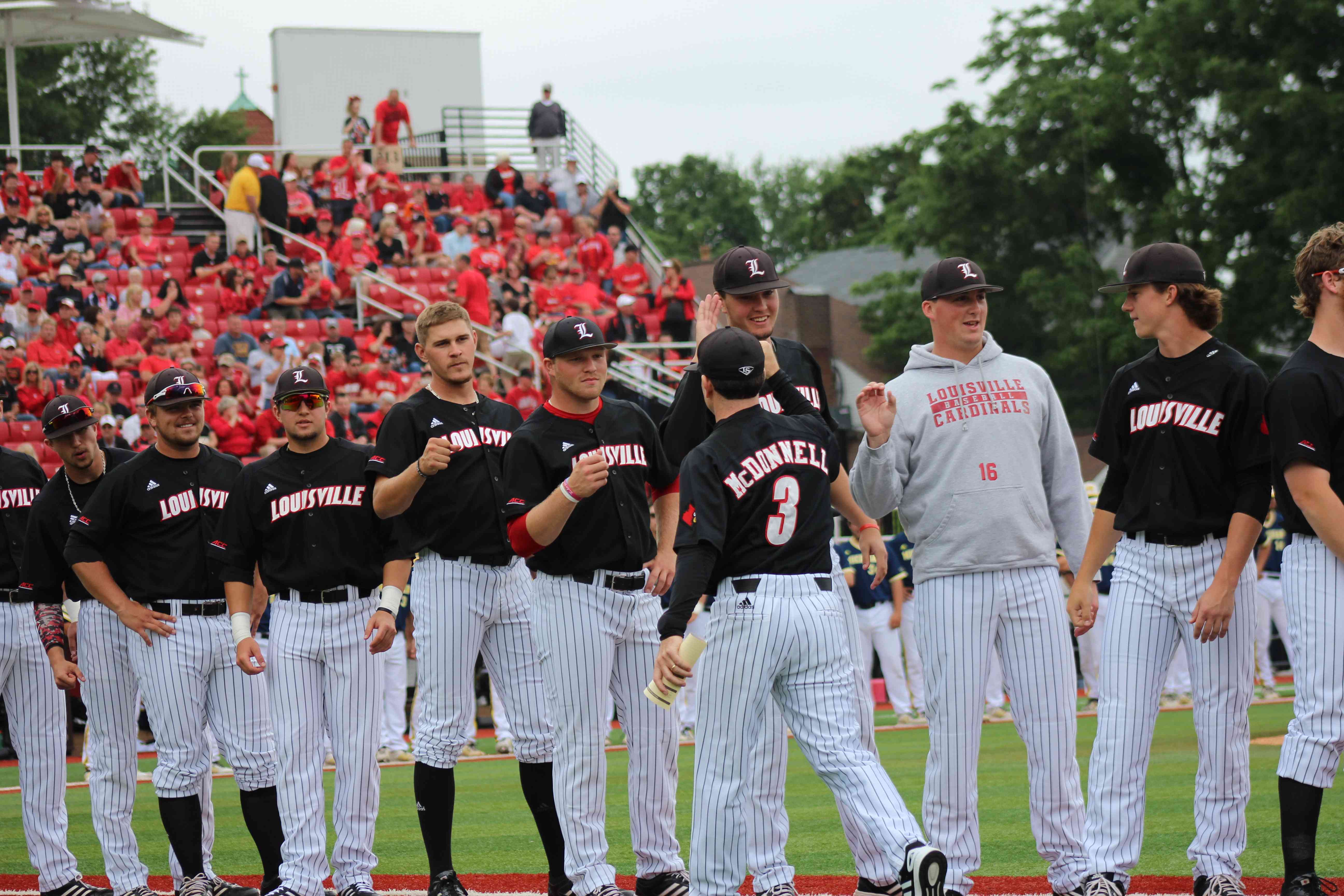 Junior outfielder Logan Taylor stole home and was 2-for-4 with a triple and three RBI on Wednesday to lead the No. 4 Louisville baseball team to a 9-1 win over Wright State in front of 3,031 fans on Elementary School Day at Jim Patterson Stadium.

Taylor became the second Louisville player to steal home in the last 11 months after junior outfielder Corey Ray accomplished the feat against Wake Forest on April 18, 2015. Taylor’s swipe of home capped a five-run fifth inning in which he also provided a three-run triple to center to give the Cardinals (15-2) their first lead of the game. Wednesday’s victory extended Louisville’s winning streak to 10 games with all 10 victories coming during the team’s perfect homestand.

In his first collegiate start, redshirt freshman Drew Ellis doubled, drove in three runs, walked twice and scored once as the Cardinals finished with a 13-7 edge in hits. Sophomore Blake Tiberi finished 2-for-4 with one RBI and two runs scored, while sophomore shortstop Devin Hairston was 3-for-4 with a double and scored twice.

On the mound, sophomore righthander Kade McClure won his fourth consecutive start and moved to 4-0 on the season allowing one run on three hits with a season-high six strikeouts in five innings. It marked the fourth straight start the Mentor, Ohio native has worked five innings and the third time in those outings he has limited an opponent to three or fewer hits.

Wright State (10-7) broke through for its only run of the day in the first inning on a two-out RBI single to left by outfielder Ryan Fucci to plate shortstop Mitch Roman, who singled and stole second earlier in the inning.

The one-run lead for the Raiders stood until the fifth inning, when the Cardinals erupted for five runs on four hits to gain control of the game. After a single from Hairston, a walk to Ellis and a bunt single by junior outfielder Colin Lyman, junior outfielder Corey Ray delivered a RBI single to right to plate Hairston for Louisville’s first run of the day. Taylor followed with his game-changing three-run triple to centerfield to score Ellis, Lyman and Ray. Moments later, Taylor successfully stole home as Wright State reliever E.J. Trapino prepared to deliver a pitch to junior catcher Will Smith.

The Cardinals extended their lead to 7-1 in the sixth inning on a two-run double down the left field line from Ellis to score sophomore Blake Tiberi and Hairston. An inning later, Louisville added its final two runs of the day on a RBI single from Tiberi and a RBI sacrifice fly by Ellis.