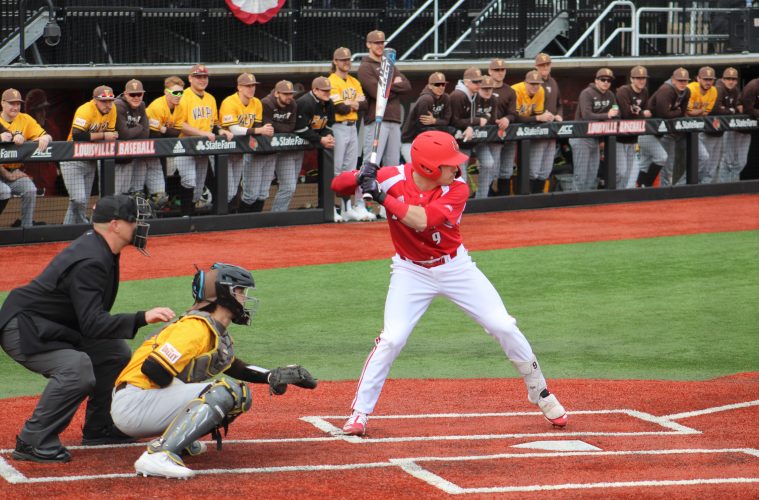 On Deck: Xavier and Western Michigan

After getting off to a tough start this season, Louisville has now won three in a row after sweeping Valparaiso over the weekend. Now, they’re set to host two more teams this week in hopes of gaining a few more wins.

On Tuesday Xavier comes to town for what is sure to be an exciting midweek matchup. This will be the 61st meeting for the two teams with Louisville leading the series 39-21. Xavier was just swept by a top 15 Ole Miss team over the weekend so they’re looking for a big bounce back this week. Through 179 at bats this season, they’ve only scored 16 runs. We know they’ve faced some tough pitching and that won’t be any different when they come to Jim Patterson Stadium. Speaking of pitching, their staff leaves something to be desired. So far they’ve given up 50 hits and 44 earned runs. The team is batting .254 right now and I feel confident in saying that we should be able to take care of business if we show some consistency on the mound.

Friday will be the first of a three game series against Western Michigan who are currently 5-2 without having played a single home game this season. This is a team batting .302 but lucky for Louisville, the Broncos will be facing our tough as nails weekend rotation. We had great numbers on the mound last weekend and several big plays in the field and we will need to depend on that again this weekend. I thought I was reading things wrong when I looked up their team stats and saw they have scored 90 runs this season. Yeah… you read that right… 90. The Broncos have 6 players batting .350 or higher this year which tells me they aren’t afraid to swing the bat.

What to look for this week:
o Hot bats on Tuesday against Xavier. Their pitching staff is lacking and Louisville found their groove at the plate over the weekend.
o Levi Usher will steal plenty of bases this week. I’m putting the over/under at 5.
o Henry Davis is batting .450 this season and I don’t see him slowing down any time soon.
o Justin McIntyre from Western Michigan. He’s batting .385 with an OB% of .541.
o RBI’s all around for Louisville. We looked strong in this area all weekend

Banta’s Banter:
o Not baseball related but the basketball team just lost to FSU and that really sucks. Bill Murray should not be allowed at any future games. Support your son from home please.
o You know how Louisville fans are known for leaving games early? I discovered this weekend that it happens at baseball games too.
o Saturday’s promotional give away will be Louisville Baseball trading cards. Arrive early!
o Asaad Ali deserves a shout out. You know all of those amazing videos posted about the team? That’s his handy work and it’s the best around. If you see him walking around with his camera, give him a high five or something.
o Podcast listeners… don’t be afraid to throw a baseball question into the mailbag.
As always, Go Cards!