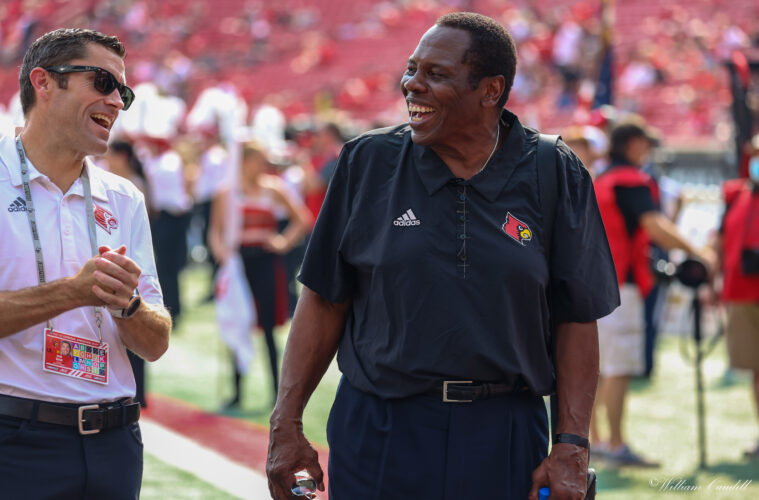 Josh Heird, who has served as Deputy Athletic Director at the University of Louisville for nearly three years and has over 13 years of experience in athletics administration, has been named Interim Director of Athletics at UofL.

Heird was appointed to the position by Lori Stewart Gonzalez, who was named UofL’s interim president by the UofL Board of Trustees this morning.  He enters his new role by replacing Vince Tyra, who left the Cardinals after four years at UofL.

Heird served as Senior Associate Athletics Director/Chief Athletics Operating Officer at Villanova in 2018-19 after operating nearly two years as Associate Athletic Director for Internal Operations and Finance.  In those roles, he provided leadership for all internal units of the athletic department and had administrative oversight with finance and budget, capital projects, ticket and equipment operation, food service, camps and overall project and event management.  He also was the sport administrator for the men’s lacrosse and men’s soccer programs, as well as the secondary administrator for men’s basketball.

Before moving to Villanova, Heird worked nearly 10 years at UofL (2007-16), most recently as Assistant Athletic Director for Championships and Facilities from 2012-16.  In that role, he had oversight of capital projects approved by the UofL Athletic Association.  He also assisted with the day-to-day management of facility operations.  Heird was responsible for the management of all ACC and NCAA postseason events hosted by UofL.

Heird is a 2002 graduate of Mississippi College, where he was a member of the cross country, track & field and football teams.  In addition to being the American Southwest Conference 800-meter champion in 2001, Heird was an all-conference cross country selection in 2001 and was an academic all-conference honoree every semester of his career. He earned an MBA from Louisville in 2009.

Heird is married to the former Abbey Woolley.  The couple has two children, Hadley and Gus.